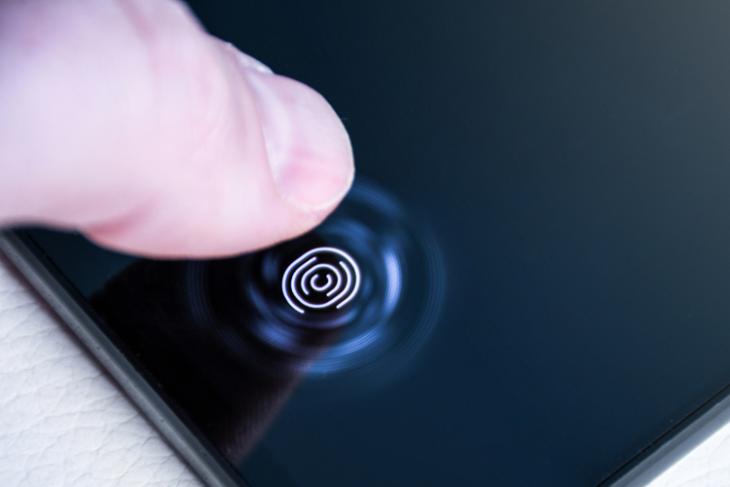 Apple removed Touch-ID entirely from its iPhone line with the release of the iPhone XR and iPhone XS series back in 2018. However, the Cupertino tech giant has always been rumored to be working on another way to integrate Touch-ID in iPhones other than in the home buttons. Now, a reputed leaker is saying that Apple will bring under-display Touch ID in future iPhones, or that’s what we think.

With the introduction of the 4th-gen iPad Air, Apple revived the Touch-ID in a whole new way, integrated into the power button, which Apple execs state is “an incredible feat of engineering”. So, one ought to think that Apple might bring the Touch-ID back to the iPhone’s power button, right?

Well, that’s not what unusual cryptic leaker on Twitter, @LOvetodream thinks. Known for his mysterious coded leaks, this anonymous leaker shares some really accurate leaks from time to time. And recently, he shared a similar tweet (below) that suggests Apple might bring Touch-ID back to its iPhones, not inside the power button, but under the display. It is just like the popular market analyst and leaker, Ming-Chi Kuo said this back in 2019.

Now, apart from the word “iPhone”, I did not understand what the tweet actually meant. However, going through the reply-tweets, I found popular Apple leaker, Jon Prosser’s explanation tweet.

So, in this tweet, Prosser wrote that “MESA” is actually the code-word for Touch-ID inside Apple’s offices and labs. And the acronym, “uts” means “under the screen”. Well, suddenly it all makes sense now, doesn’t it?.

The whole sentence in the anonymous leaker’s tweet actually is “Touch-ID under the screen for iPhone”, which hints at iPhones with under-display fingerprint-scanning technology.

However, other than the above fact, there is no information on which generation of iPhones are we talking about or when will they come out. So, until there is any physical evidence suggesting the existence of the under-display Touch-ID technology in iPhones, I suggest you take this information with a grain of salt.