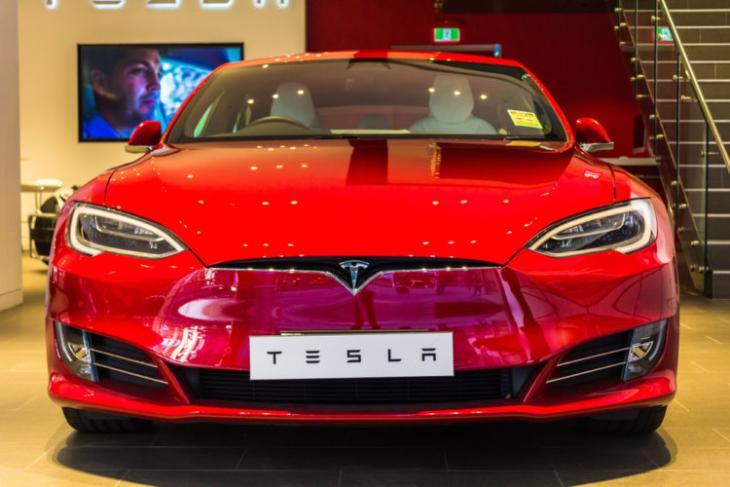 We have been hearing about electric carmaker Tesla’s entry into India for quite some time now. First, Tesla founder and CEO Elon Musk and then Indian transport minister Nitin Gadkari confirmed that Tesla will come to India in 2021. And now, we have even more proof of the impending arrival of Tesla to the country.

As per the documents spotted at the Ministry of Corporate Affairs (MCA), the electric carmaker has registered its Indian entity in the name of “Tesla India Motors And Energy Private Limited” in Bengaluru. The said company was incorporated as a “Subsidiary of Foreign Company” on Friday, January 8.

The document reveals that three directors have been appointed to this Indian subsidiary. This includes – Vaibhav Taneja, Venkatrangam Sreeram, and David Jon Feinstein. Taneja, who is currently the Chief Accounting Officer at Tesla Motors, will soon become one of the key personnel for the company in India.

A quick search reveals that Venkatrangam Sreeram is a Bengaluru entrepreneur, who built two automotive startups – Xenon Automotive and Cleartquote Technologies in India. Last but not least, Feinstein is currently a senior executive at Tesla, according to his LinkedIn profile.

In a now-deleted tweet, Karnataka Chief Minister BS Yediyurappa welcomed Tesla to India and confirmed that the carmaker is setting up an R&D facility in Bengaluru. You can see a screenshot of the tweet attached below: 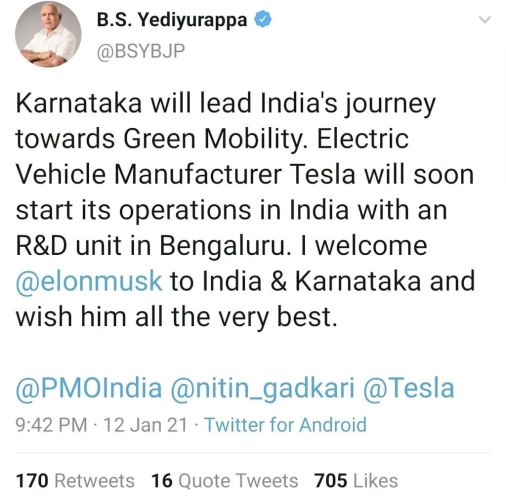 Apart from Bengaluru, Tesla is rumored to be in talks with as many as five state governments including Maharashtra, Gujarat, Andhra Pradesh, Karnataka, and the state of Tamil Nadu. It is looking to set up operations and bring its affordable electric car, Tesla Model 3, to India by June 2021. There are also rumors that Tesla is signing an MoU (or partnering) with Tata Motors to manufacture its electric cars in India. We suggest you take this with a grain of salt though. Nothing is confirmed as of now and we should wait for an official announcement.