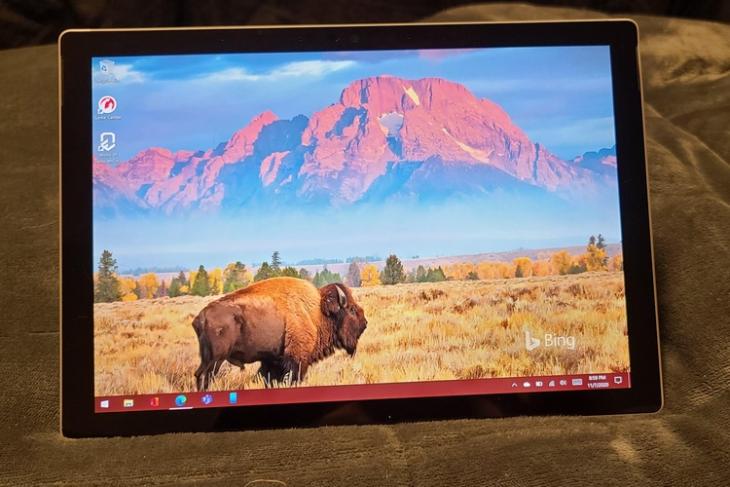 Remember an eBay listing of the engineering sample of Microsoft Surface Pro 8 from last week? Well, it looks like the listing was legitimate after all, as Reddit user u/unreliable_noob (username doesn’t check out) claims to have purchased it. The Reddit user has also shared a fresh set of images along with benchmarks.

From the hands-on experience, the user says the form factor is completely unchanged and also points out the lack of a Thunderbolt 3 port. To recall, the eBay listing revealed the key specifications, including the presence of an 11th-gen Intel Core i7 1165G7 chipset, a 12.3-inch display, 32GB of RAM, and 1TB Samsung SSD. The new images are attached below:

As mentioned earlier, the Reddit user also shared the benchmarks of the Surface Pro 8. With World of Tanks benchmark, the device scored a ‘good’ rating at 1080p resolution with medium settings. In Novabench, the device scored 2,180, with 1,273 CPU score, 411 GPU score, 312 RAM score, and 184 Disk score.

For those wondering how the sale took place, here’s what u/unreliable_noob has to say: “All my friends said I was an idiot for buying it. They were sure it was a scam. But what I figured is it’s ebay, and I made sure to pay with PayPal, so no matter what I was covered. And happily, it all worked out.” That said, we would certainly not recommend or encourage such risky purchases.