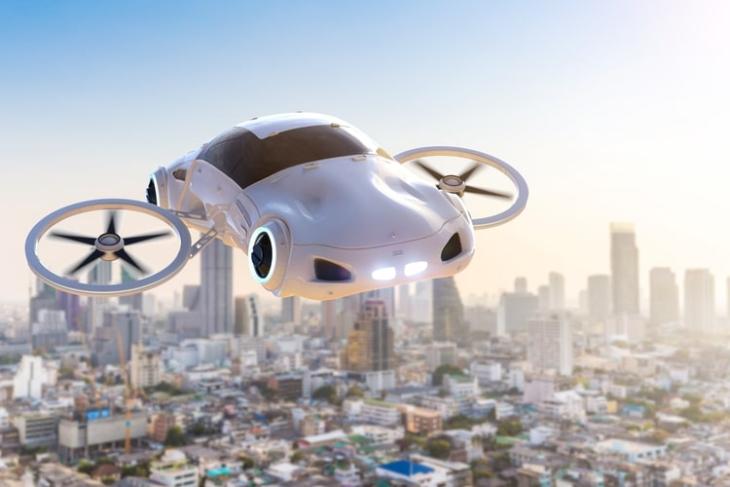 When we see a visualization of the future in science fiction movies, the first thing that they show is cars and bikes flying around in a high-tech city. While we have seen unique, convertible cars that can take off like an airplane, that future might be a bit too far as of now. However, if everything goes right, we might see a flying car-backed taxi service in Japan by 2025. Check out the details below right now!

Back in September 2020, Japan-based company Skydrive Inc., focusing on flying cars and cargo drones, demoed the first flight of its unique, eVTOL (Vertical Take-Off and Landing) vehicle with a person onboard. Now, the same company has partnered with Suzuki to develop a new model of its eVTOL vehicle to showcase it at the 2025 Osaka World Expo.

Skydrive Inc. is currently working with Suzuki to develop a two-seater eVTOL car that can vertically take and land and fly around a city, transporting passengers to their destinations. The flying two-seater, currently called the SD-05, will be able to carry a single passenger along with the pilot/driver and fly them to their destination within the city limits.

The company recently announced that it has reached an agreement with the Japanese transportation regulators, the Ministry of Land, Infrastructure, Transport, and Tourism (MLIT) to base the type-certification of its flying car on the JCAB Airworthiness Inspections Manual (AIM).

“The Japan Civil Aviation Bureau accepted our application for type certification in October 2021. Since then, we have held a series of discussions with the authority regarding ways to develop and design safe aircraft and the means for testing them. We’ve now come to an agreement with the JCAB to adopt AIM Part II as the basis for type certification. We are very pleased that we have moved a step closer to obtaining a type certificate. From here, we will continue to deepen our partnership with JCAB and discuss plans toward obtaining a type certificate,” said Nobuo Kishi, the Chief Technology Officer at Skydrive.

Going forward, Skydrive will continue to develop its two-seater flying vehicle, improving the design and implementing safety features. The company aims to demo the flying car at the 2025 Osaka World Expo and eventually start a taxi service in Japan with a fleet of SD-05.

So, what do you think about Skydrive’s plans on making flying cars commercially available? Do you think they will be able to maintain the timeline and successfully make it happen? Let us know your thoughts in the comments below.