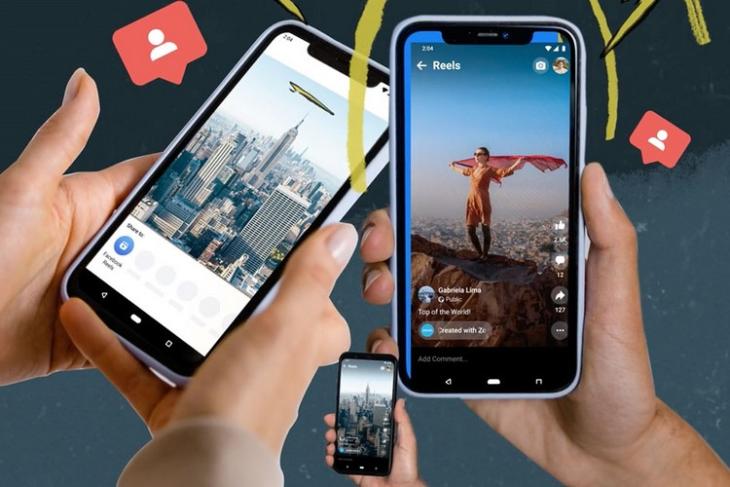 With an aim to boost short-form videos and attract more creators, Meta has introduced a new “Sharing to Reels” option for third-party developers. With the new feature, users who take advantage of third-party editing apps or content creation platforms would be able to share their videos directly to Facebook Reels. Check out the details right below.

Meta has announced the new “Sharing to Reels” feature via an official blog post on its developer forum. The new feature will be available for third-party developers to integrate into their apps and platforms to allow users to share their content directly from the supported apps to Facebook Reels, without needing to export them locally or download them on their devices.

It is essentially an extension of the “Sharing to Stories” feature that lets users share songs, videos, and other content from third-party platforms like Apple Music or Spotify to their Instagram Stories. The “Sharing to Reels” option would be initially available for Meta’s partner brands like Smule, which is a popular karaoke app, and third-party video editors like Vita and VivaVideo.

After getting their short videos on Reels via the new option, creators will also be able to take advantage of Reels’ own editing tools like audio, texts, effects, captions, and stickers to further improve their content. This way, creators would be able to grow their audience base, reaching new users on Facebook, as per Meta.

However, one of the primary objectives of the “Sharing to Reels” feature is to acquire more original content creators for Facebook. The platform has been struggling to keep up with its competitors, especially TikTok, and lost a million daily users in the last quarter of 2021 for the first time ever.

So, if you are a developer, you can check out the official “Sharing to Reels” documentation to learn more about its integration. Also, let us know your thoughts on the same in the comments below.