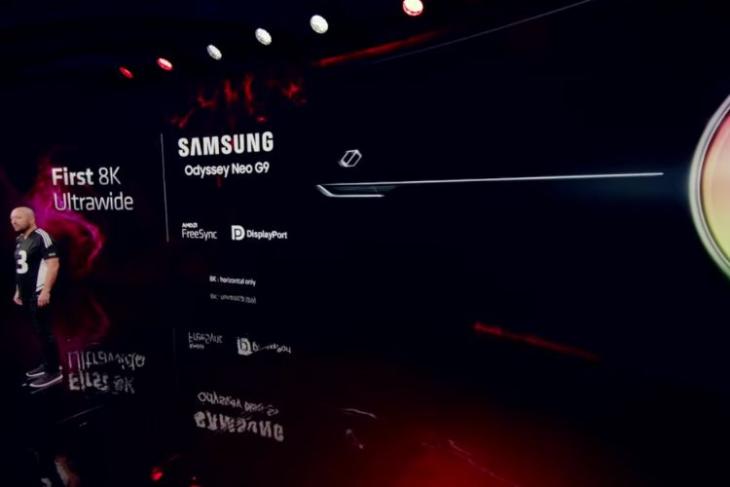 Samsung is prepping to introduce the new Odyssey Neo G9 gaming monitor as a successor to the previous-gen Neo G9, which has now been teased. At AMD’s recent unveiling of the new Radeon 7900 GPU series, it was revealed that the Odyssey Neo G9 will arrive soon as the first 8K ultrawide gaming monitor. Check out the details below.

AMD’s presentation revealed that the Samsung Odyssey Neo G9 will come with support for DisplayPort 2.1, which will enable the monitor to reach the 8K video mark. It is also suggested that the 8K resolution will be possible in horizontal orientation. So, vertical orientation may struggle. But, it should be much better than a 4K or a 5K display.

It could have a QLED Mini-LED display and support a high refresh rate. However, not much is known about Samsung’s upcoming gaming monitor but more like the specs and features should be out during CES 2023. To enable a high screen resolution and a high refresh rate, there will be support for AMD FreeSync too.

AMD has also thrown light on more high-resolution displays from Dell, Asus, Acer, and LG. with support for DisplayPort 2.1. These will launch in early 2023.