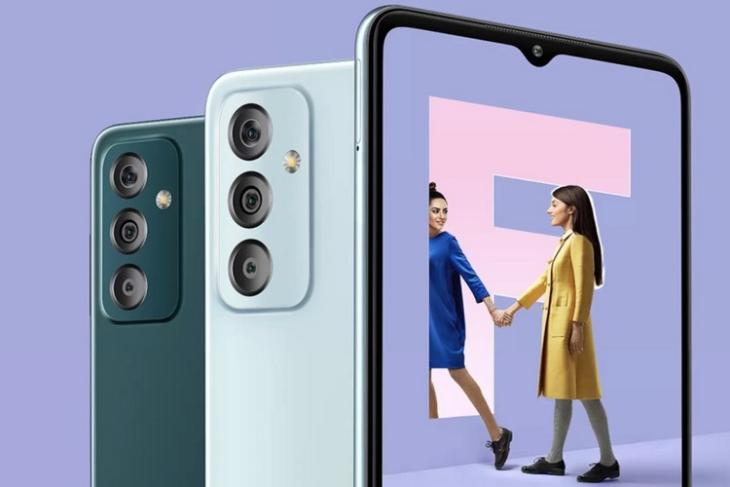 Just a couple of days ago, a report suggested that Samsung will launch the Galaxy F23 under Rs 20,000 in India this month. Following the report, the company has now confirmed to release the Galaxy F23 in India on 8th March in India. A microsite for the smartphone has also gone live on Flipkart. So, let’s take a look at the details below.

The Samsung Galaxy F23 will launch in India on Mach 8 at 12 pm, likely via an online event. It will arrive as a successor to the Galaxy F22 of last year and looks much like the Galaxy M23, with its teardrop notch at the front.

The Flipkart microsite also reveals some of the specs ahead of its official launch, including the processor and the display.

The Galaxy F23 is confirmed to pack the Snapdragon 750G chipset, which is a first for a Galaxy F-series phone. The phone also has a Full HD 120Hz display with Corning Gorilla Glass 5 protection.

Moreover, as the device packs the Snapdragon 750G, it is confirmed to support 5G networks, thanks to the Qualcomm X52 5G modem integrated into the chipset alongside the Adreno 619 GPU. Samsung also claims that the device would be able to run games along with other apps without any lag.

The listing also confirms the Galaxy F23’s design. It will have a rectangular camera bump with 3 cameras at the rear and a waterdrop notch at the front. While the camera configuration isn’t known, the Galaxy F23 is expected to feature a 50MP primary lens, an 8MP ultra-wide lens, and a 2MP macro sensor. It will also feature a side-mounted fingerprint sensor and a 3.5mm audio jack.

Other than these, Samsung has not revealed anything else about the Galaxy F23 as of now. It is expected to feature a 5,000mAh battery and at least 6GB of RAM. The device is also expected to run the Android 12-based One UI 4.0 skin and will be a Flipkart exclusive at launch.

As for the price, while Samsung did not reveal any details, the Galaxy F23 will be priced under or near the Rs 20,000 mark in India. We suggest you wait for Samsung to officially release the device in India on March 8 to get all the details. So, stay tuned, and let us know your thoughts about the upcoming Galaxy F-series device in the comments below.