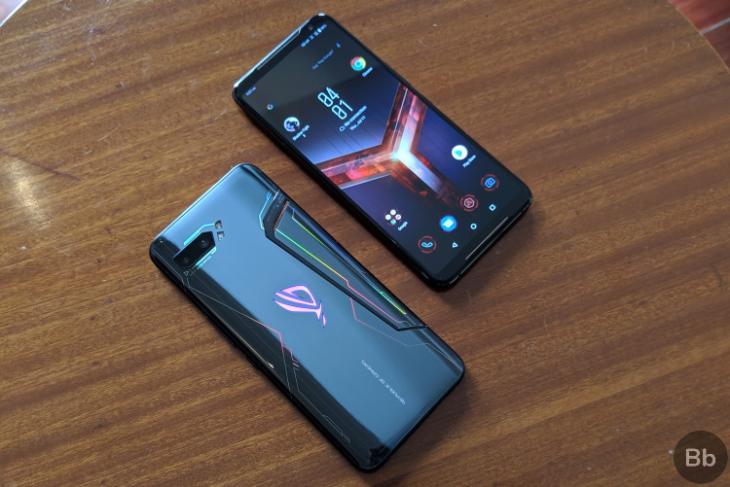 Asus ROG Phone 3 has been known to be coming for quite some time now. This next-gen gaming phone was recently spotted on TENAA, revealing all of its specifications. And today, Asus officially confirmed that the ROG Phone 3 will launch in July (next month) in China. We don’t have an exact launch date just yet but the anticipation for the ROG Phone 2 successor runs high.

The Taiwanese giant took to Weibo to share the official teaser for the ROG Phone 3 launch. Asus is once again joining hands with Tencent Games to bring its feature-rich gaming phone to the masses. The device will also come with additional optimizations and Tencent apps pre-loaded out-of-the-box. 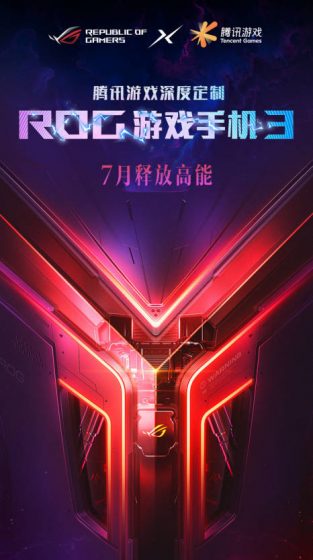 The announcement does not give away anything about the ROG Phone 3, which will most likely go up against the first-ever Legion gaming phone. Lenovo has also scheduled its gaming phone launch for July with no exact launch date in sight just yet.

As for the specs, ROG Phone 3 is rumored to feature a 6.59-inch Full-HD+ AMOLED with a 144Hz refresh rate – a minor bump over the 120Hz display aboard the ROG Phone 2. It will most likely be powered by an overclocked Snapdragon 865 chipset (up to 3.09GHz), coupled with up to 16GB of RAM and 512GB of built-in storage. Here’s a quick recap of rumored Asus ROG Phone 3 specs:

The ROG Phone 3 made an appearance in a hands-on video earlier this week, complete with a triple camera setup on the rear. The front of the device looked pretty much like its predecessor. Asus won’t nix the bezels, which provides grip and includes the front-facing stereo speakers.

The triple rear camera will be helmed by a 64MP sensor and you will find a 13MP selfie snapper onboard. Asus ROG Phone 3 will also include the 6,000mAh battery that made its predecessor a definite pick for heavy gamers.