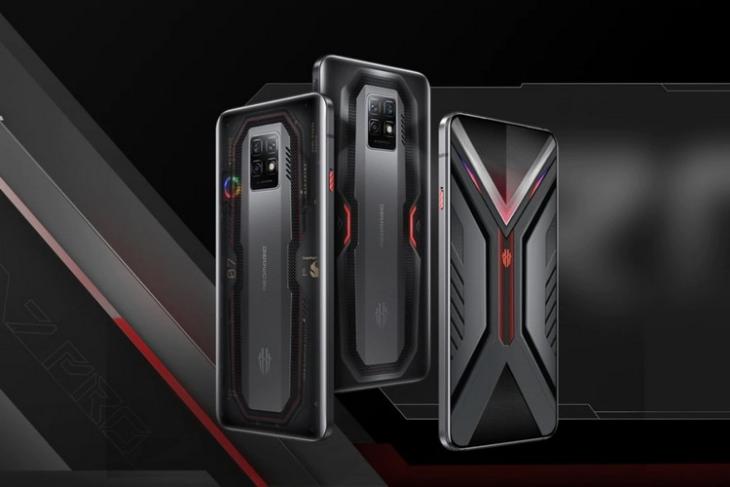 Back in February this year, Nubia launched its flagship gaming-focused smartphone RedMagic 7 and 7 Pro in China. Now, the company has launched the higher-end RedMagic 7 Pro, which comes with the latest Snapdragon 8 Gen 1 SoC, an under-display camera, and many other advanced features, in the global market. So, let’s take a look at the details below.

The RedMagic 7 Pro is primarily a souped-up version of the lower-end RedMagic 7 smartphone that launched alongside in China. It sports a 6.8-inch Full HD+ AMOLED panel with a 120Hz refresh rate and a whopping 960Hz touch sampling rate to deliver a no-lag, no-delay gaming experience. The display also has a fingerprint reader, which doubles as a heart rate monitor, also seen on the Realme 9 Pro+.

There is also a 16MP selfie snapper at the front that is hidden underneath the display to offer a bezel-less, full-screen viewing experience. At the back, there is a triple-camera setup, including a primary 64MP lens, an 8MP ultra-wide lens, and a 2MP macro sensor.

Under the hood, the 7 Pro packs the latest Snapdragon 8 Gen 1 chipset, paired with 16GB of LPDDR5 6400Mhz RAM and up to 512GB of internal storage. The chipset is coupled with the Red Core 1 chip, which is dedicated to gaming and takes care of processing audio, RGB lighting, and haptic feedback.

It also comes with a couple of shoulder triggers with support for a 500Hz sampling rate. Plus, the device comes with Nubia’s ICE 9.0 cooling system, which has 9 layers of cooling structure, including a built-in turbofan that can bring the temperatures of the device down by 16 degrees during high-performance operations.

Other than these, the RedMagic 7 Pro is fueled by a 5,000mAh battery with support for 65W fast charging. This is lower than the 135W fast charging support in the Chinese variant. Also, the device has support for 5G NSA/SA, a double x-axis motor, stereo speakers, a 3.5mm audio combo jack, and support for Wi-Fi 6E. It runs Android 12-based Red Magic OS 5.0.

The RedMagic 7 Pro comes in two configurations and is priced starting at $799 in the global markets. You can check out the price of both the configurations right here: