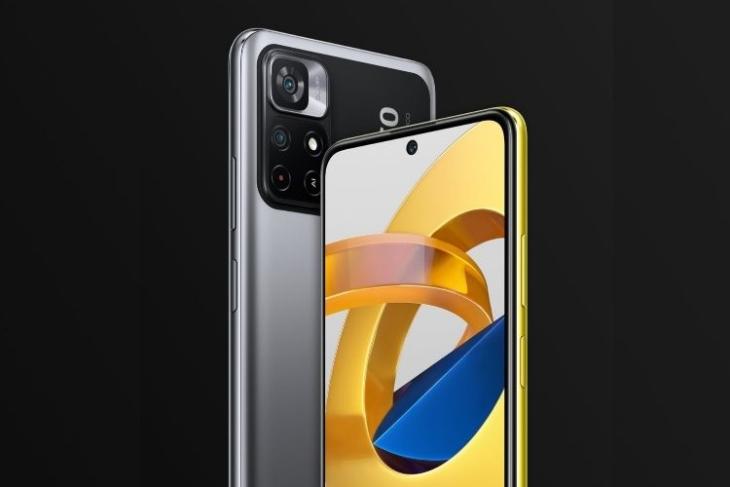 Poco is all set to launch its first smartphone of 2022 in India, as suggested by a number of teasers it has started sharing. The smartphone is highly expected to be the Poco M4 Pro 5G, which was launched in the global market late last year. The teasers have confirmed a number of features we will most likely see with the launch of the new Poco phone. Here’s a look at what to expect.

A series of tweets, all putting emphasis on the number 4, have suggested that the Poco M4 Pro 5G’s launch in India is near. Each tweet has confirmed one of the smartphone’s features, including its design, display, cameras, and more.

Another tweet, which was the first one, threw light on the phone’s performance, which is ensured to be lag-free. Other details such as the device’s launch date, name, and more are yet to be revealed.

To recall, the Poco M4 Pro 5G, which acts as a successor to the Poco M3 Pro 5G, showcased a different yet attractive design. It was unveiled with a 6.6-inch Full HD+ LCD display with support for a 90Hz refresh rate, much like its predecessor. The device is powered by a MediaTek Dimensity 810 SoC. It comes in two RAM + storage configurations: 6GB+64GB and 8GB+128GB.

Turning our attention to the rear, you get two cameras: a 50MP main camera and an 8MP ultra-wide camera. There is a 16MP front camera onboard. The phone sources its fuel from a 5,000mAh battery and supports 33W wired fast charging, an upgrade from the 18W fast charging seen on the M3 Pro 5G. The device runs MIUI 12.5 based on Android 11 but could come with the recently unveiled MIUI 13 skin on top in India.

Additionally, it supports 5G, a side-mounted fingerprint scanner, and more. There are chances it may come with a few tweaks in India. The Poco M4 Pro 5G starts at Euros 299 (around Rs 19,000). Hence, we can expect it to fall under Rs 20,000 in India. More information about the device is expected soon, so stay tuned.