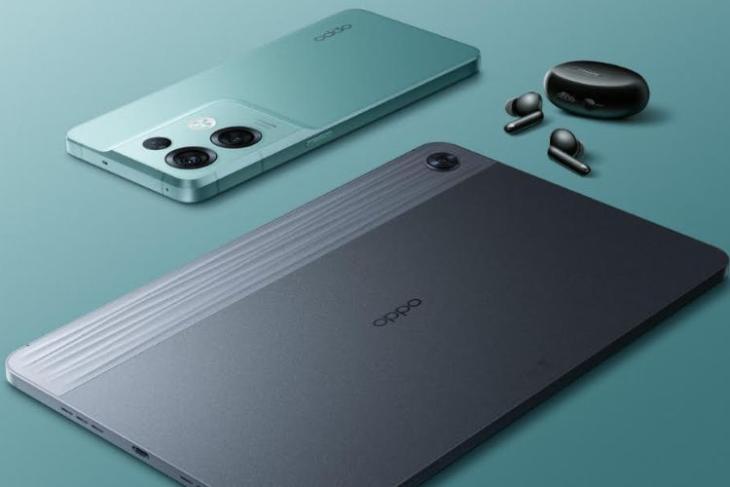 Oppo Reno 8 series is set to arrive in India on July 18 and Oppo has now revealed that there will be two more products at the launch. The company will also launch the Oppo Pad Air and the Enco X2 earbuds in India on July 18. Check out the details below.

The Oppo Pad Air and the Enco X2, along with the Reno 8 series will launch in India at 6 pm on July 18. The event will be live-streamed via the company’s YouTube channel and updates will also be provided on social media platforms like Twitter.

The Oppo Pad Air will the company’s first tablet in India to compete with the likes of the Realme tablets, Xiaomi Pad 5, and more. It has already been launched in China, so, we know a few details about it. Plus, Oppo has also confirmed a few of them.

The Oppo tablet will come with a sleek design with an industry-first Sunset Dune 3D texture and will be powered by the Snapdragon 680 SoC. It will run ColorOS 12 for Pad and come with support for a Smart Stylus Pen and extended RAM. Other details include a 10.36-inch 2K display, an 8MP rear and a 5MP front camera, a 7,100mAh battery, and more.

The Oppo Reno 8 series, which recently made its entry in China, will include the Reno 8 and the Reno 8 Pro in India. While the Reno 8 is powered by the MediaTek Dimensity 8100-Max (as opposed to the Snapdragon 7 Gen 1 chipset in China), the Reno 8 Pro will get a Dimensity 1300 SoC. Support for the MariSilicon X NPU, up to 80W fast charging, and more will be there too.

For proper details on the upcoming Oppo products in India, stay tuned until July 18 for we will keep you posted.