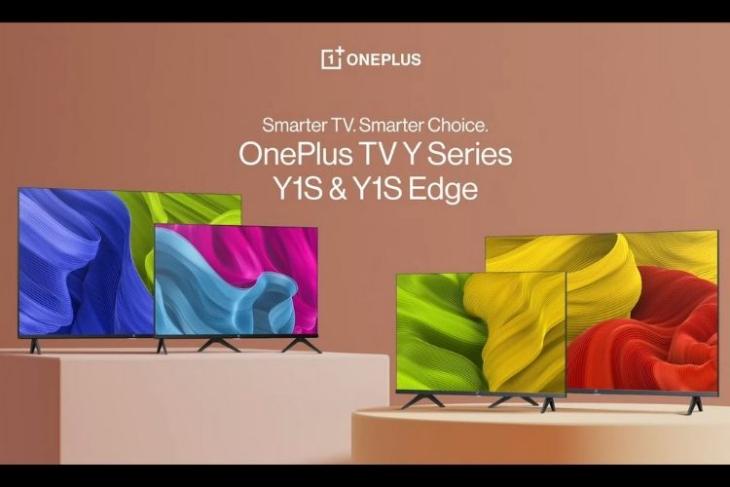 After a bunch of official teasers, OnePlus has finally launched the OnePlus TV Y1S and TV Y1S Edge in India today at its “A OnePlus Double Feature” event alongside the Nord CE 2 5G. The new smart TVs are a part of the TV Y series and join the existing 32-inch, 40-inch, and 43-inch Y TVs, all falling in the budget to mid-segment. Here’s a look at what the new OnePlus TVs come with.

Both the OnePlus TV Y1S and Y1S Edge come with a bezel-less display, much like its other siblings. You have two screen size options: 32-inch and 43-inch. There’s support for the “powerful” Gamma Engine with HDR10+, which is said to offer clarity, dynamic contrast, and crisp colors.

It is powered by a 64-bit processor The smart TVs run Android TV 11 with ALLM for access to various apps from the Google Play Store and there’s also access to Google Assistant. This is topped with OxygenPlay 2.o to access all the required apps and content in one place.

There’s also support for Auto Low Latency Mode, which can prove helpful during gameplay. OnePlus also aims to make connectivity seamless and these smart TVs can be easily connected with other OnePlus devices such as the OnePlus Watch, the OnePlus phones, and the OnePlus Buds. The dual-band Wi-Fi support will help in faster connectivity. Plus, the users will be able to sync their phones using OnePlus Connect 2.0.

The OnePlus TV Y1S and Y1S Edge will also allow users to cast their smartphones with the help of the Smart Casting feature and support Chromecast and Miracast. They are also DLNA-certified. The TVs also support Dolby Atmos.

Other exciting features include Data Saver Plus to save some data, the Smart Remote Analysis to help you sort TV-related issues with a simple call and OnePlus executives will take it after, and the performance optimization with Smart Manager.

Both the OnePlus TV Y1S and the TV Y1S Edge fall in the budget to mid-segment and are priced under Rs 30,000. Here are their prices:

The Y1S will be available to buy via Amazon India, Flipkart, and OnePlus.in, while the Y1S Edge will hit the Reliance Digital and Croma shelves and will also be available via OnePlus’ Indian website.