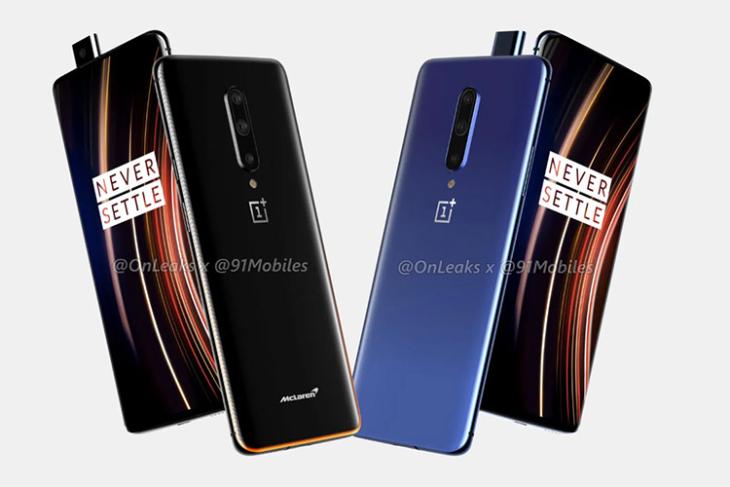 OnePlus is expected to launch the “T” variants of its 2019 flagship, the OnePlus 7 in September itself, with leaks suggesting that the OnePlus 7T will launch on September 26, and now, famed leakster OnLeaks has shared official-looking renders of the more powerful OnePlus 7T Pro, and a OnePlus 7T Pro McLaren Edition smartphone — apparently the Chinese company is sticking with McLaren for its special edition phone this year as well.

The renders show off a design that’s similar to the OnePlus 7 Pro, but that’s not really surprising. After all, the OnePlus 7T is expected to be a spec-bump more so than anything else, and according to leaked specifications, we are expecting to see the new Snapdragon 855+ Mobile Platform in these smartphones.

OnLeaks’ renders suggest that there will be no difference between the OnePlus 7T Pro and the OnePlus 7 Pro as far as the external design of the devices are concerned, which means we can pretty much expect to see the same 6.67-inch FluidAMOLED display with its 90Hz refresh rate on these smartphones as well. The camera alignment looks exactly the same too, but there’s expected to be a new color option with the OnePlus 7T — Haze Blue — which we can see in the renders shared by OnLeaks.