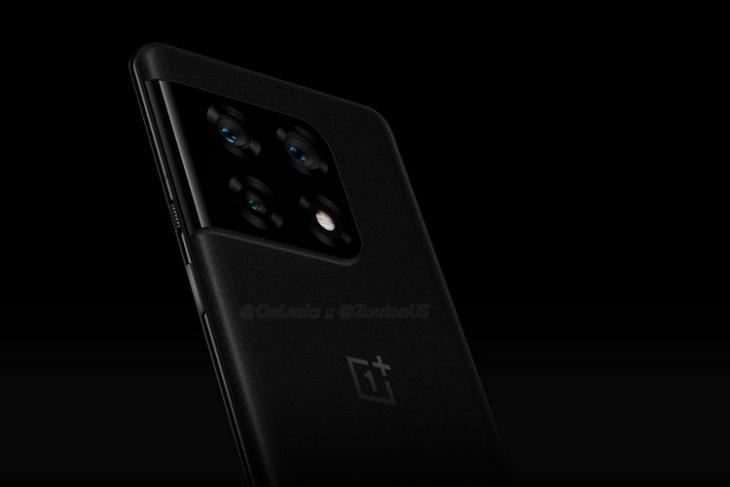 As we near a brand new year, we expect phone makers to release their next-gen flagship smartphones over the next few months. While we have already heard about Samsung’s next flagship Galaxy S22 series and Apple’s iPhone 14 lineup, there has been no update about OnePlus’ next flagship smartphones until today. Now, a couple of high-quality renders of the OnePlus 10 Pro, which is going to be the Chinese giant’s next-gen flagship for 2022, have been shared online.

Now, before we move on to the renders, there are a few things that you should know. The renders come from reputable tipster OnLeaks. The tipster has partnered with Zouton to share the renders that show the rear panel design of the OnePlus 10 Pro. You can check out the design right below:

As you can see, the OnePlus 10 Pro looks pretty unique and different from previous OnePlus devices. Although we do not have a front view of the device, the renders show a huge camera module at the back of the device. Much like the Galaxy S21 series, the camera array spills in from the edge here.

There are three cameras housed inside the module, though there is no information about the lenses as of now. However, the huge camera module makes for a significant camera bump and we expect it to make the OnePlus 10 Pro wobble on flat surfaces. Nonetheless, the fact that it looks different from previous OnePlus flagships and more like a premium offering is pretty refreshing.

There is absolutely no information available about the device’s internals or features. However, as we near the launch, we can expect more information about OnePlus’ next flagships to show up online. So, stay tuned for more updates in the coming days.