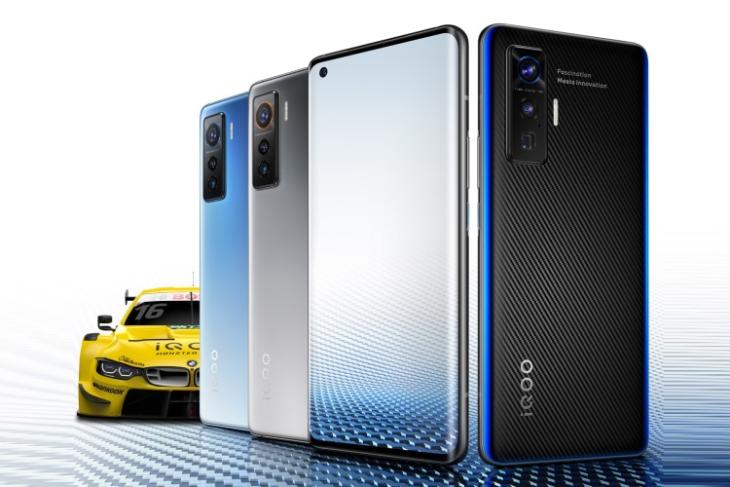 iQOO continues to expand its gaming smartphone lineup with the launch of the iQOO 5 and iQOO 5 Pro in China today. Both of these phones include flagship hardware with some minor differences on the camera and charging front. You have a 120Hz display, Snapdragon 865 SoC, triple camera system, 60x digital zoom, and most importantly, 120W fast-charging support onboard.

As you can see below, iQOO 5 Pro has been launched in special edition colorways. It’s because the company has become the global partner of the ‘BMW M Motorsport’ and these colorways honor the same. They look really premium and astonishing.

The front includes a 6.56-inch Full-HD+ AMOLED display with curved edges on the left and right. It boasts a 120Hz refresh rate, 240Hz touch response rate, and 20:9 aspect ratio. The panel supports up to 1300 nits of peak brightness, 100% DCI-P3 color gamut, and HDR10+ certification. You also find a punch-hole cutout with a 16MP selfie camera at the top left and a fingerprint sensor under the display. 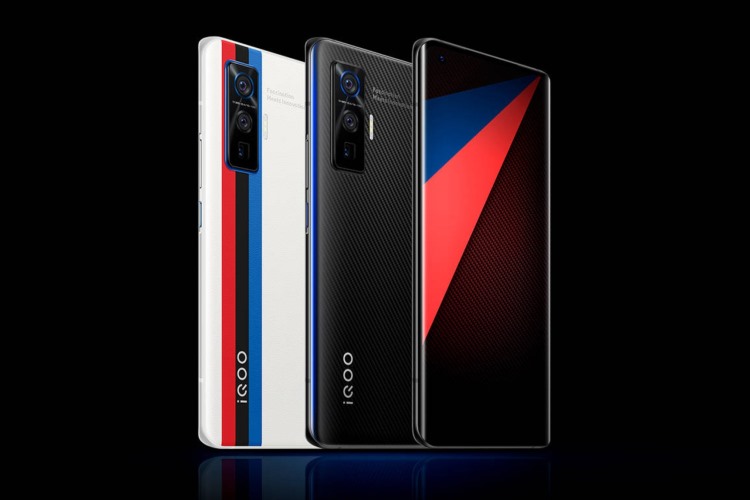 Under the hood, iQOO 5 Pro is powered by the Snapdragon 865 chipset and not its overclocked variant that was announced last month. There’s up to 12GB LPDDR5 RAM and 256GB UFS 3.1 storage onboard. The device runs Android 10-based iQOO UI 1.5, which is a skinned version of Vivo’s FunTouchOS 10.

Turning our attention back to the rear, you will find a vertical triple camera cutout with a 50MP Samsung GN1 primary sensor. This is the same sensor that’s found aboard the Vivo X50 Pro+ that launched in China earlier in June. It is coupled with a 13MP ultra-wide camera with a 120-degree FOV and a 13MP periscope camera with 5x optical and 60x digital zoom. iQOO 5 Pro brings along 8K video recording, OIS, and several other camera features in tow.

The biggest highlight of the iQOO 5 Pro will, however, have to the 120W FlashCharge support. The company has baked a modest 4,000mAh battery pack into this phone, which it claims can be completely juiced up in about 15 minutes. You will find a USB Type-C port at the bottom, along with dual SIM support, 5G, Wi-Fi 6, Bluetooth 5.1, NFC, and GPS support to round up the connectivity features. 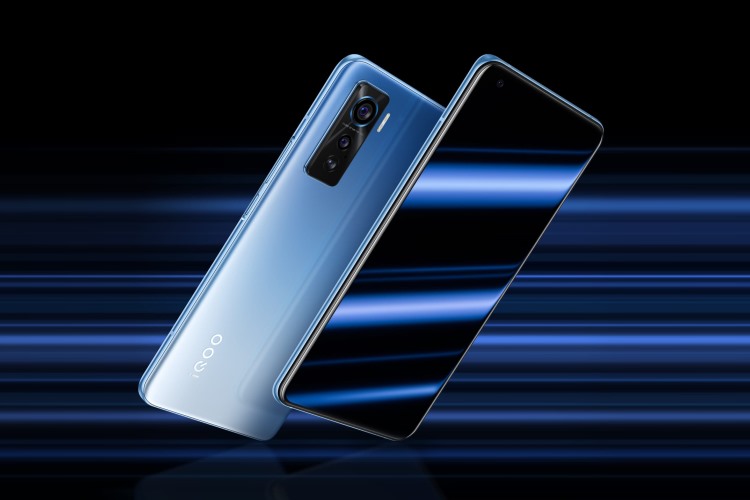 The core design of iQOO 5 is almost the same as the Pro variant. Except for the front panel, which is flat as compared to the curved edges of the iQOO 5 Pro. It’s the same 6.56-inch Full-HD+ AMOLED panel with a 120Hz refresh rate and 240Hz touch response rate.

Also, the camera system largely remains the same. You have a 50MP primary sensor and a 13MP ultra-wide camera but the periscope lens is swapped out for a traditional telephoto lens with 20x digital zoom capabilities.

iQOO 5 houses a bigger 4,500mAh battery but you do not get the super-fast 120W charging support with this variant. The company only offers 55W fast-charging tech support here, which is also not bad. It allows you to fully charge the phone in around 30-40 minutes. The rest of the specifications remain pretty much the same.

Both the iQOO 5 and iQOO 5 Pro will go on sale starting from August 17 in China. The company does plan to bring these flagship phones to India and has been hyping up its launch on Twitter over the past week or so. There’s currently no timeline but you can expect a late-August or September India launch for the iQOO 5 series.

iQOO 5 with 120W Charging Set to Launch on 17th August