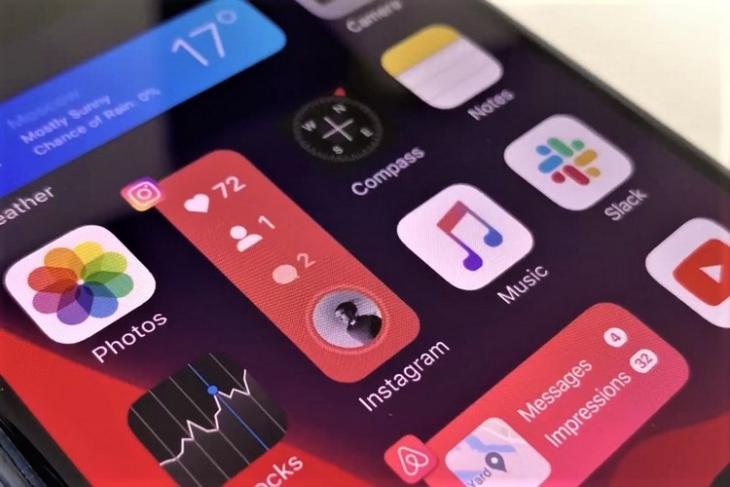 As Apple’s WWDC 2020 is approaching, iOS users (including myself) are eagerly for the first beta of iOS 14. The next version of iOS is rumoured to bring an array of new features to the iPhones, including a new UI for widgets. So, this concept video shows, which I think, is the most perfect implementation of the widgets on the home screen.

The popular and credible leaker, Ben Geskin (@BenGeskin), recently shared the concept video on Twitter. Originally created by concept designer, Aleksey Bondarev, the video (below) exists on Dribbble and has received numerous positive feedback from netizens because it is that good.

Now, the concept shows how iOS users can easily convert an app icon on the home screen into a widget. In the video, we can see the user haptic touching icons of apps like Airbnb, Weather, Instagram, Compass, and more and convert them into live widgets with a dynamic UI.

It also shows that the widgets can be of different shapes and sizes ranging from horizontal or vertical rectangles to the classic square. With the widgets on the home screen, the iPhone (in the video) looks like a whole new device as Apple hasn’t updated the home screen of iOS in a very long time.

Although this concept video is quite short, highlighting just this one feature, however, in previous concept videos, we have not seen this kind of implementation of the widgets.

Now, if Apple brings this feature with iOS 14, then it will surely change the mundane look of the home screen of the iPhones. So, we just have to wait and see what the Cupertino-based tech giant has planned for its upcoming iOS version.