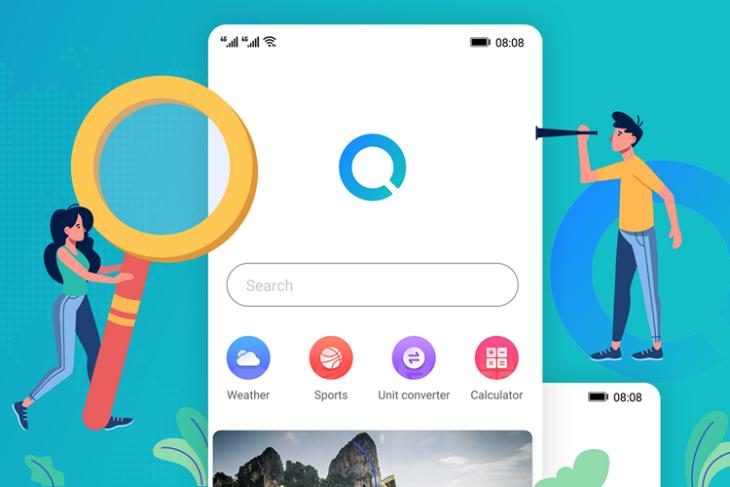 Huawei is beta testing its possible Google Search alternative app – Huawei Search for users in UAE. Earlier today, the app was publicly available to Huawei users in UAE using which XDA Developers managed to install and test out the app.

According to XDA, Huawei Search is operated by Ireland-based Huawei subsidiary Aspiegel Limited. The report notes that Huawei’s search engine is not powered by the usual search results providers such as Google, Yahoo, Bing, DuckDuckGo, Yandex, Ask, or AOL.

From the report, it is evident that the app has a Discover section, a Search section, and a Me section. It supports dark mode as well. The app has quick access to various features like Weather, Sports, Unit converter, and Calculator. Since this is an early build, more features could be added in upcoming versions.

Huawei is conducting a contest to encourage users to test its Search app. According to the company, top three testers will win a Huawei Mate 30 Pro 5G and 20 testers will receive a pair of Huawei Free Buds 3 earbuds. The beta testing accepts 400 users and is open until 11th March.

Winners of the contest will be announced on the 25th of March. Coincidentally, the results announcement date closely lines up with the launch date of the company’s 5G flagship Huawei P40 Pro. Hence, there is a possibility for the app to be shipped along with the P40 Pro.

Huawei users from UAE interested in beta testing Huawei Search can comment on the community thread present here following which the moderators will be sending a download link to test out the app. Alternatively, as XDA points out, you could visit this page to try out Huawei’s Search on the web.

With Huawei Search, the Chinese tech giant is getting one step closer to sustain just fine without Google apps. It remains to be seen if Huawei has plans to actively build potential alternatives to all popular Google apps to boost its smartphone business.