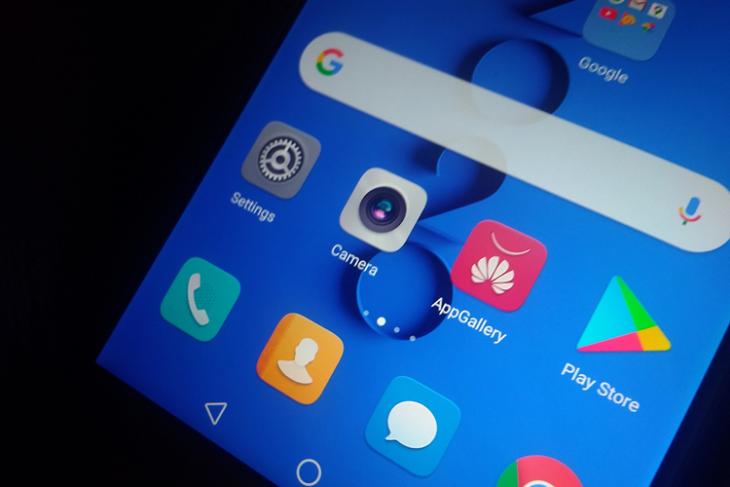 Huawei’s AppGallery has expanded rapidly in a short period of time to the point that the Chinese tech giant claims its app store is the third-largest in the world with over 400 million monthly active users last year. In a bid to attract more developers to its app store, Huawei will be offering up to 100 percent of the revenue share to app developers as part of its preferential Revenue Share Percentage policy.

Huawei’s Preferential Revenue Share Percentage policy is valid for 24 months. The program is open to all developers who sign up before June 30, 2020. The policy becomes effective on the first day of the next month for developers who had previously signed the AppGallery Joint Operations Service and immediately otherwise.

According to Huawei, the standard revenue share percentage for education is 20:80 (Huawei: Developer) but under the preferential revenue-sharing model, the margin reduces to 0:100 for the first twelve months and 10:90 from the 13th month to the 24th month.

The Chinese tech giant has also reduced its cuts in other categories. To be specific, Huawei will offer 100% of the revenue share in the first 12 months and levies a 15% margin during the rest of the period across Media and Entertainment, Tools, Communication, Books and References, Photography, Food and Drink, Travel and Navigation, Travel and Accommodation, Shopping, Business, Kids, Finance, Sports and Health, Lifestyle and Convenience, Cars, and Personalized Themes categories. 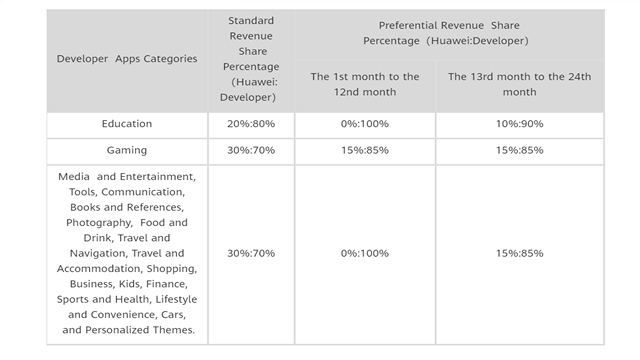 In case you’re wondering, both Google Play Store and Apple’s App Store split revenue such that 30 percent of the revenue share comes to the companies, and 70 percent to developers. With the preferential revenue share model, it appears like Huawei is willing to make some sacrifices in the app revenue to get as many developers on board as possible, especially now that the future of using Google’s apps and services remains uncertain.