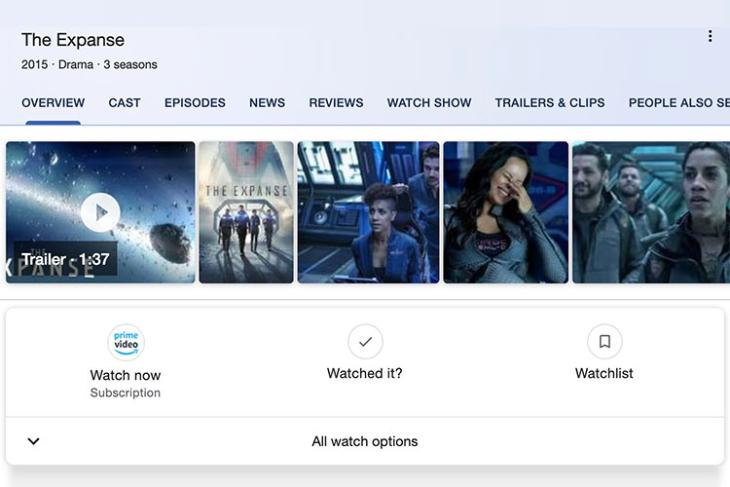 If you’ve ever found it incredibly difficult to remember every show you’ve wanted to watch, along with where exactly to watch it with the deluge of streaming services in our lives now, and Google’s personalised movie recommendations in search, Google has a new solution for you. The search giant has rolled out a new feature to Google Search on mobile called ‘Watchlist’.

With the new feature, when users search for a TV show or movie on their smartphones, they will now see a new ‘Watchlist’ option alongside the ‘Watch Now’ option that shows up where the particular movie or TV show can be streamed or purchased digitally. This new option joins the ‘Watched It?’ option, which lets users keep a track of shows they’ve watched.

It’s easy to see how this feature might prove useful for users, especially considering that the Watchlist can be shared with other users if needed, which means your next late-night ‘what do we watch tonight’ questions can be answered more swiftly. Plus, when you tap on the name of a show in your watchlist, it will helpfully show all the places you can watch it making it easier to start watching immediately.

I tried to access the feature on a bunch of phones that my colleagues and I are using, but it looks like the Watchlist feature hasn’t made its way to India yet. Connecting to a VPN server in the United States however showed up the options, so my best guess is that Google is yet to roll this feature out globally.

Google Search Dark Mode for Desktops Rolling Out for Some Users

Google Search on Desktop Gets Dark Mode for Some Users