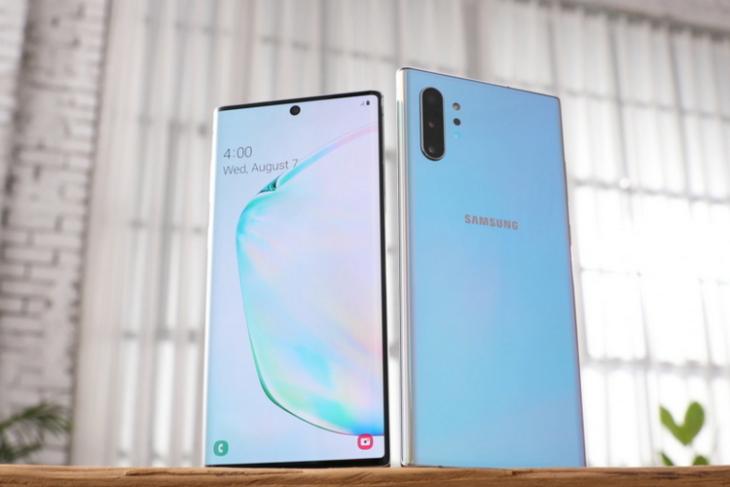 While many in the industry believed the smartphone market will continue to see slower shipments, the latest report from Canalys contradicts the same. The global smartphone market witnessed 1% growth in Q3 2019, which may seem like a minor feat but it’s the first year-on-year increase in shipments in the past two years.

The report mentions that 352 million smartphones were shipped in the previous quarter, ended in September 2019 as compared to 349 million from the same quarter last year. I mean, this is a major achievement for the smartphone market, which has witnessed just decline for two years. Who’s responsible for this uptick, you ask?

Well, Samsung continues to reign supreme and sits at the top of the list with around 79 million handsets shipped in the third quarter. Canalys believes the growing popularity of Galaxy A-series, which replaced the J-series, and the flagship Note 10 series has helped Samsung bag the pole position. 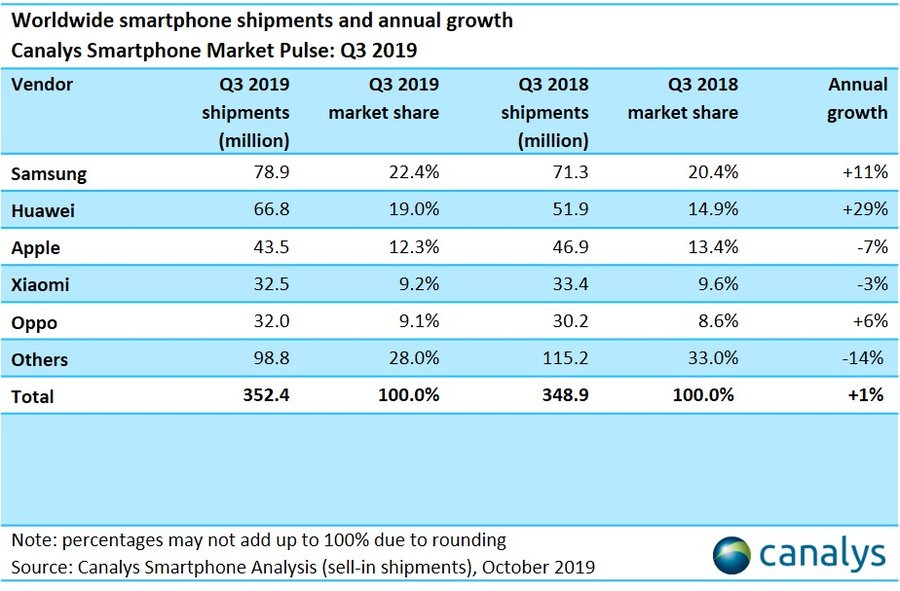 In an official press release, Rushabh Doshi, Canalys Research Director stated, “5G is the next battleground for Samsung. If Samsung moves faster than Qualcomm, it can win the race to mid-range smartphones with 5G. Its recent announcement of the Galaxy A90 5G and the upcoming Exynos 980 chipset highlights its strategic priorities.”

Next in line is Huawei. Yeah, the Chinese giant faced a ton of backlash from the U.S and still can’t sell its phone in the West, but it hasn’t affected the company’s business. It has managed to ship 67 million handsets in Q3 2019, with most sales coming from its home country itself.

Canalys researchers, however, worry that the lack of GMS (Google Mobile Services) can affect global shipments for Huawei. It may have witnessed a 29% growth in this quarter, which is considerably higher than Samsung’s 11% and Apple’s (minus) 7%, but there is still uncertainty looming around the Chinese giant’s presence in international markets. 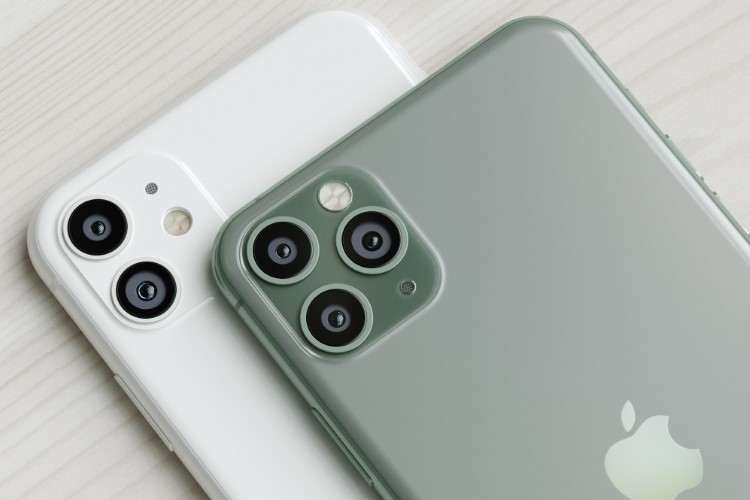 Apple takes the third spot with 43.5 million iPhone shipments in the last quarter, but it’s witnessed a 7% decline in growth year-over-year. It sold around 47 million iPhones in Q3 2018 last year. This doesn’t mean the iPhone 11/ 11 Pro sales aren’t strong and well, we all know how good the reviews have been, however, Canalys researchers believe the lack of 5G support could hurt Apple in early 2020.

There will be an onslaught of 5G phones in the coming months and “Apple will need an unconventional strategy to keep its volume high in the early stages of next year, which makes rumors of an upcoming entry-level iPhone launch in H1 2020 unsurprising,” says Canalys’ report. Apple is trailed by Chinese phone makers including Xiaomi, Oppo, and others, who have witnessed decent growth.