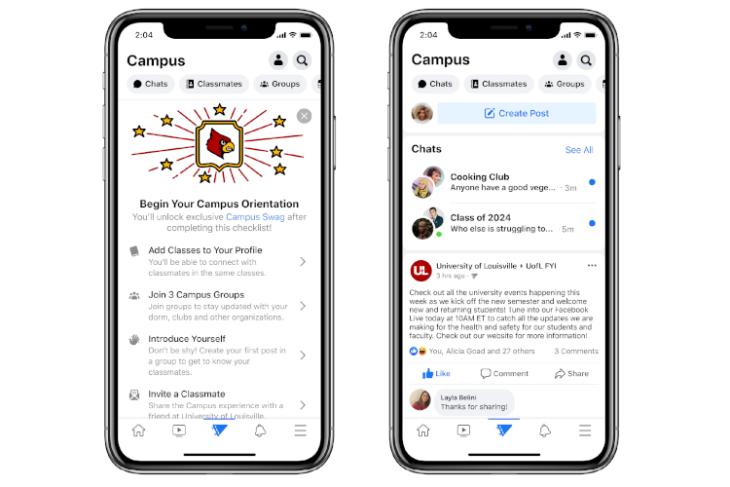 Facebook started off as a social network for college students under the name ‘Thefacebook’ back in 2004. The company has now launched a similar ‘college-only’ space called Facebook Campus.

“In the early days, Facebook was a college-only network, and now we’re returning to our roots with Facebook Campus to help students make and maintain these relationships, even if they’re away from their college,” wrote the company in its announcement.

Facebook Campus is not launching as a separate app. Instead, the company has added it as a section in the main Facebook app. Students need a college email address (.edu) to access Facebook Campus. While signing up, students should specify the graduation year as well. According to the company, adding other details like major, classes, hometown, and minor are optional.

Facebook Campus is now available in the U.S. for students in the following universities:

A notable exception in availability is Harvard University, where Thefacebook flourished in its early days. Facebook may expand Campus to more universities and other countries in the future.