For most of us, music is an integral part of weal and woe. The ways in which music impacts different people are virtually countless but without smearing our sense of tallying, we can feel thankful for music that arouses not just the mind but also the heart – or amygdala (based on how you see life). Now that we’re talking about feelings associated with music, the Energy Music Box 1+ from Spain’s Energy Sistem plays a significant role by hitting you with a strong and tingling bass, even without a dedicated sub-woofer. Curious much?

Energy Music Box 1+, quite surprisingly for the well-suited price (Rs 1,599), features a big speaker on the front to take care of the sound while a “passive membrane” on the rear side tenders sufficient bass for good mornings, lazy afternoons, and party nights. 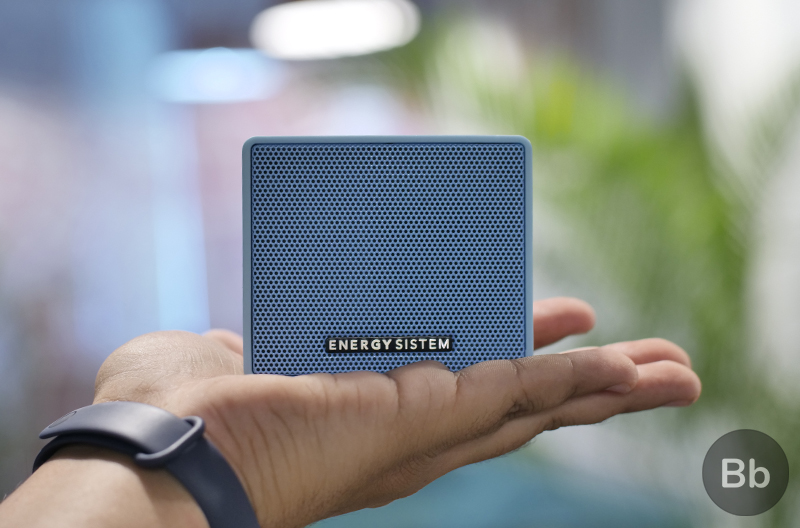 Irrespective of your choice of genre, bass is imperative to a great musical buffet – unless you dwell in the dark abyss of depressive suicidal black metal. So, we’re going to take a look at how the membrane-rattling bass on an affordable Bluetooth speaker can add a new dimension to your experience of listening to music.

Let’s start by peeking inside the box of the Energy Music Box 1+ and we’ll take a look at its performance later.

The Energy Music Box 1+ comes neatly packed in a box made of thin cardboard with essentials. Here’s what you’ll find inside: 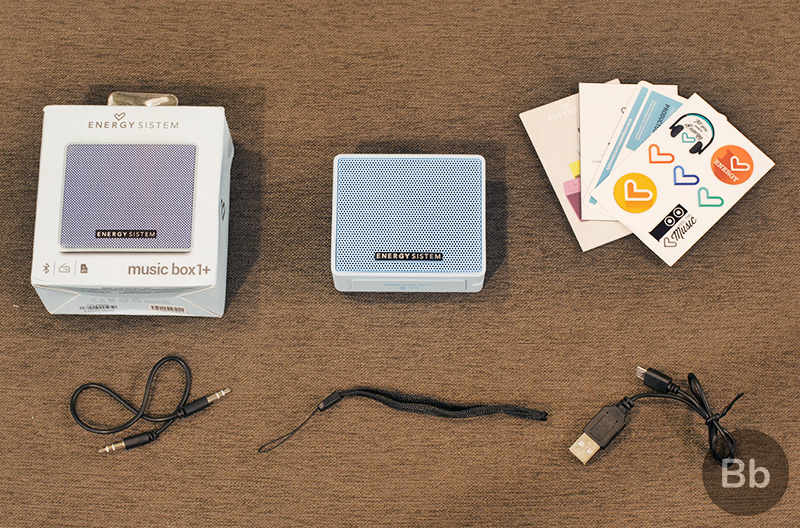 The inclusion of a lanyard band and stickers make the average packaging more interesting. The encounter with stickers, especially, strikes the child in me but I won’t let that dictate my actual opinions about the performance of the Bluetooth speaker.

But first, let’s see how the Energy Music Box 1+ is when it comes to specification on paper.

An older version of Bluetooth and lack of support for AptX could make the Energy Music Box a little less appealing but we’ll take a look at how these factors actually impact the playback.

We have the sky-colored version here at the office and on the very first glance, it reminded me of a soap bar. The smooth matte-ish texture affirms the feeling but despite that, the Energy Music Box 1+ feels solidly built. There is a big 40mm driver on the front, veiled by a grille of a slightly darker shade of sky blue. 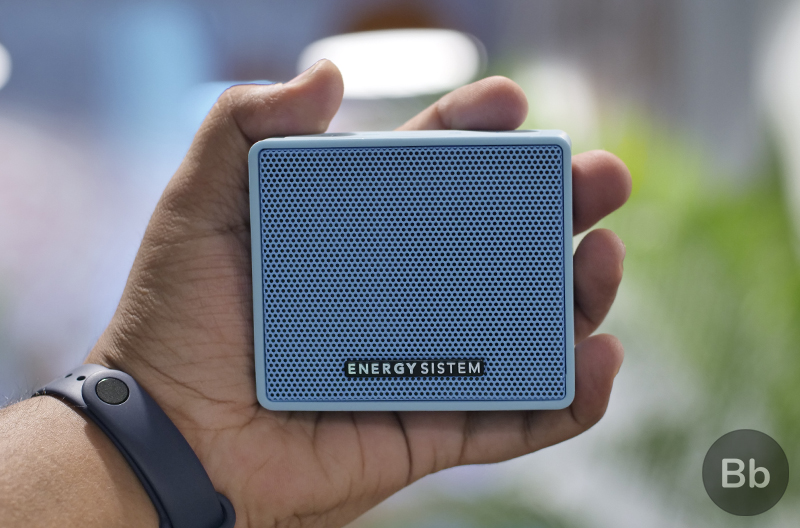 Turning the speaker around, there’s a vibrating diaphragm to be found, which at first feels like a subwoofer. But in fact, this a passive membrane radiator meant to add a strong flavor of bass in your musical appetizer, and definitely boosts your appetite for more bass-heavy music from the Energy Music Box 1+. 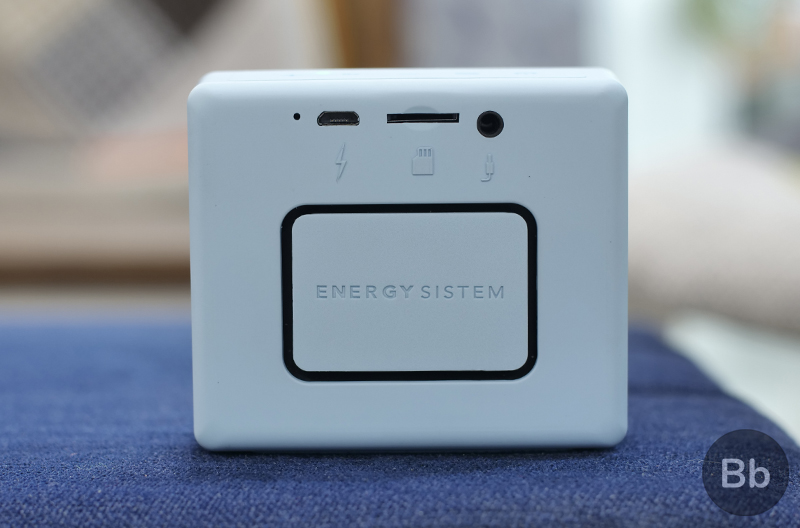 Above the diaphragm, there are input jacks for power input, MicroSD cards up to 128GB, and a standard AUX input. The controls for music playback lie on the top of the speaker. From left to right, there are dedicated buttons for power, mode selection and pairing, volume down, play/pause, and volume up. Unlike other speakers, the volume buttons don’t let you forward or rewind tracks. Moreover, the mode button lets you shift between Bluetooth and FM Radio modes upon single press but if you hold it for long, you can enter pairing mode. 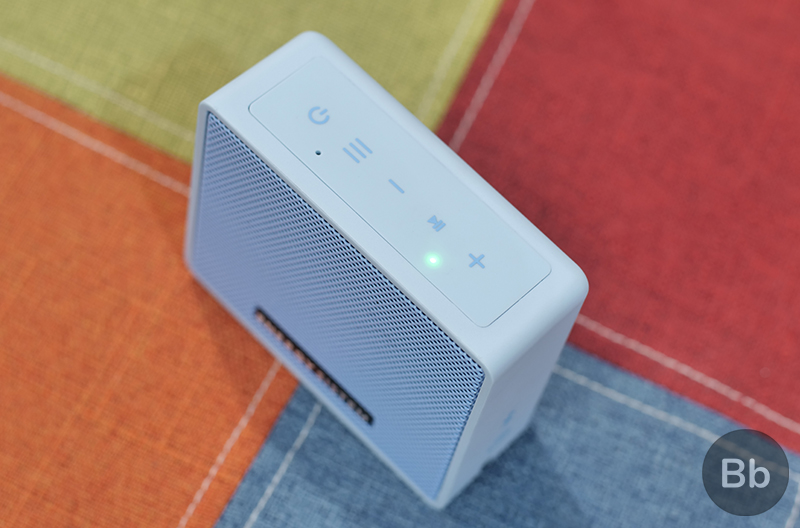 There’s a multi-colored LED indicator on the top which stays lit in Blue color as long you’re connected and pulses when the speaker is accepting pair requests. It turns green when you switch to the FM mode. Near the power button, lies a hole that houses a microphone to record voice or attend calls.

Lastly, when it comes to the durability, I can say that the speaker is built to bear gentle drops and even after dropping it from a height of four-ish feet, I did not experience any distortion or hissing, and the body didn’t have any signs of cracking or chipping off.

The Energy Music Box 1+ is an interesting speaker, thanks to its large-sized 5W driver and the vibrating diaphragm at the back for the extra bass. The diaphragm is certainly striking because when the speaker is first turned on, it plays a quick arpeggio followed by a heartbeat that can be felt while your finger is still keeping the power button pressed. This leaves a tasteful first impression, compelling you to try the speaker for more.

Since “Music” is in the name, I decided to jump straight into testing the tonal qualities of the speaker. Listening to it, I’ve come to be very impressed by the range of sounds it can throw at me while the separate arrangement for bass that always enhances the lower frequencies played by the mono driver. 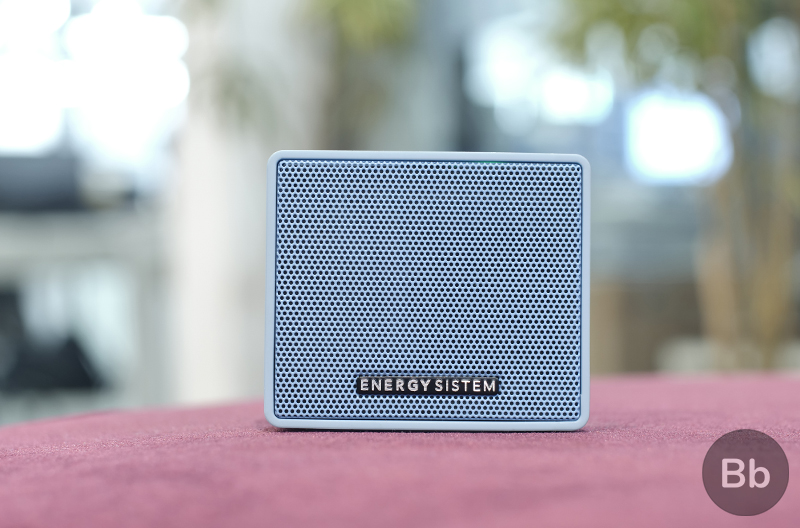 One can very clearly hear melodies played on the bass guitar or the thumps of drum beats. Since this is a passive membrane, the quality of the bass might not match up to that of a dedicated sub-woofer, but it’s honestly surprising and delighting on a speaker of this form and size, and not to forget – this price.

If you listen to music with chunky bass lines or more emphasis on the groove, the Energy Music Box 1+ should easily live up to expectations.

The dominant sound of the speaker, in itself, is very versatile and the speaker feels capable of nearly all kinds of music, and, it is reasonably loud for its size, which makes it suitable for get-togethers and house parties. The 40mm driver caters to a wide range of sounds and should treat you equally well in cases of both – electronic and analog instruments. 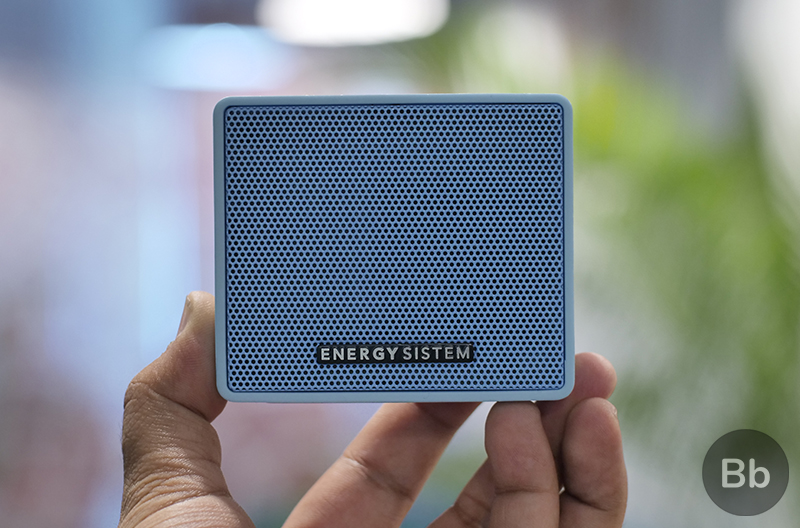 The only times it chokes is when there are a number of instruments layered over each other. Otherwise, there’s no scope for complain. Moreover, the speaker is also great at delivering dialogues when you’re watching movies, sitcoms, or videos. In most cases, the background scores don’t muffle the dialogues.

Some of the tracks used by me in the music test include: 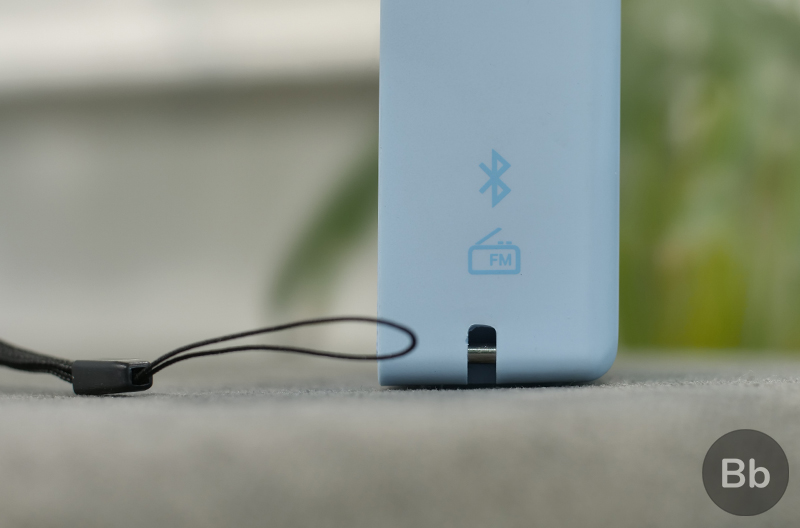 During my testing of the Energy Music Box 1+, I was unable to use the FM Radio feature at all. There was no reception and white noises kept ringing for every channel I sought. This is because the speaker does not have any visible antenna or metal area to catch signals. I even tried to get reception by shoving a 3.5mm connector into the AUX jack but that did not make any improvement either.

Energy Music Box 1+ has a pretty decent quality when it comes to audio recorded using the inbuilt mic. The amount of ambient noise is lesser than most other speakers in the range and there’s no distortion. The overall texture of the clip is rich and balanced.

With support for Bluetooth 4.1, the Energy Music Box 1+ is capable of connecting to most smartphones or other appliances such as smart TVs. There’s no Bluetooth 5.0 or AptX support but that is easily forgivable looking at the price. There is unhindered playback from up to a range of 30 feet and even if you do manage to exit the coverage area, the speaker connects automatically when you move back within range.

As per Energy Sistem, the speaker supports the standard FM frequency i.e. between 87.5 and 108MHz but as I mentioned, we weren’t able to test the feature. Lastly, the USB cable cannot be used for playback and is only useful for charging. 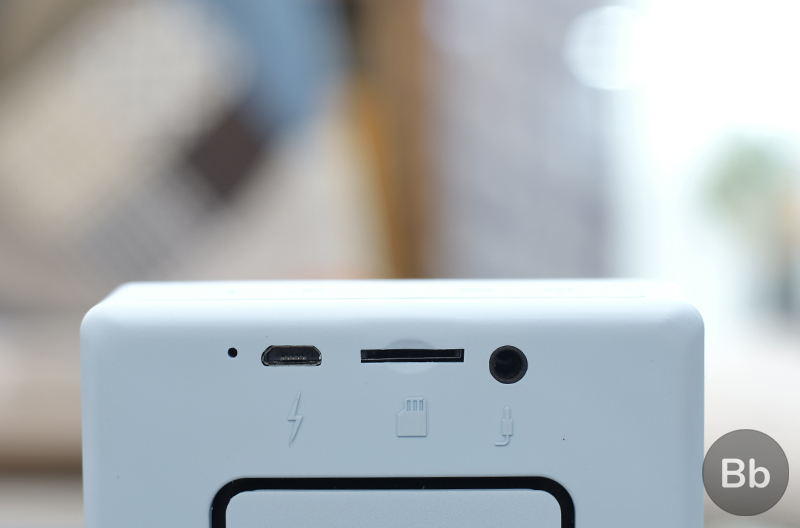 Solidly built and sounding well, the Energy Music Box 1+ has proved to be a compelling option so far and the battery is also in line with its performance. The 800mAh battery on the speaker easily lasted six to seven hours during my usage at full volume and this is more than what Energy Sistem claims it to last for.

In terms of recharging, the speaker takes somewhere around two hours to go from having low battery to full charge. Thanks to HFP protocol support, you can view the battery level on your Android and iOS devices which always comes in handy.

So far, my experience with the Energy Music Box 1+ has been delightful, with that bass pad enriching the overall playback quality. Let’s take a look at the pros and the cons of this speaker to make it easier for you to make a decision about buying it.

Energy Music Box 1+ Bluetooth Speaker: It’s All About That Bass

While the Energy Music Box 1+ is usually capable of great sound, the passive membrane improves the overall sound quality and cooks up a zesty platter full of bass, although falling slightly short of gourmet quality. Energy Sistem could work on the clarity a bit more but you still get a more than decent playback for this price.

The membrane-rattling bass on an affordable Bluetooth speaker can add a new dimension to your musical experience.

Some other options in the price range that I’ve tried and can vouch for include the JBL GO (Rs 1,799), which has slightly richer sound, and the Logitech X50 (1,799), which seems to be a tad bit louder. But on both of these options, you’ll miss the added bass profile which the Energy Music Box 1+ offers.

Is there a specific Bluetooth speaker that interests you? Tell us in the comments below and we’ll try to score one for an in-depth dive, just like this.