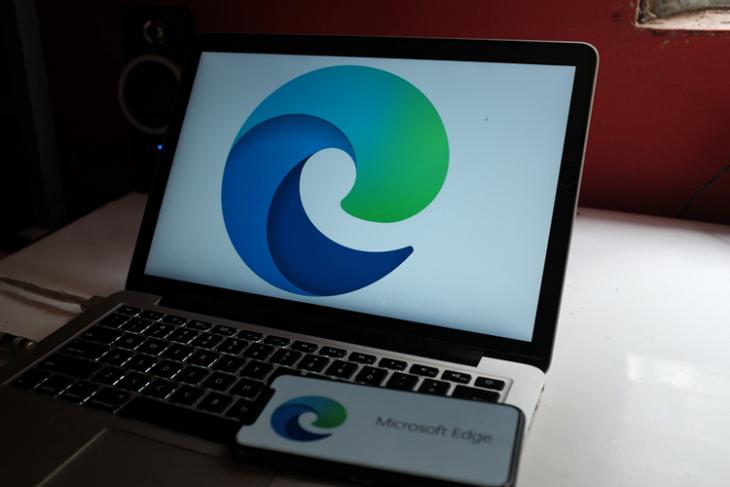 Netmarketshare has released the market share data of desktop operating systems and web-browsers in March 2020. According to the report, Windows 10 now holds 57.34 percent of the desktop OS market and is followed by Windows 7 at 26.23 percent. Windows 8.1 comes in third with 3.69 percent market share, while macOS X 10.14 comes fourth with 2.62 percent.

As far as web-browsers are concerned, Google Chrome continues to remain head and shoulders above the rest, even managing to increase its market-share to 68.5 percent. The biggest news, however, is that Microsoft’s Chromium-powered Edge browser has surpassed Mozilla Firefox as the second largest browser on desktops with 7.59 percent market share. While Firefox has slipped to number three with 7.19 percent of the market, Internet Explorer stays put at number four with 5.87 percent market share. 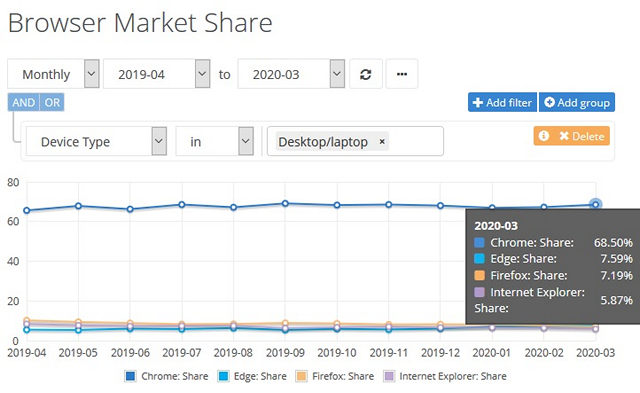 Going back to the operating systems, Windows 7 gained market share for the first time in months, going from 25.22 percent in February to 26.23 percent in March. While there’s no official explanation for that just yet, it’s probably due to people using their older personal computers while working from home during the global lockdown because of COVID-19. 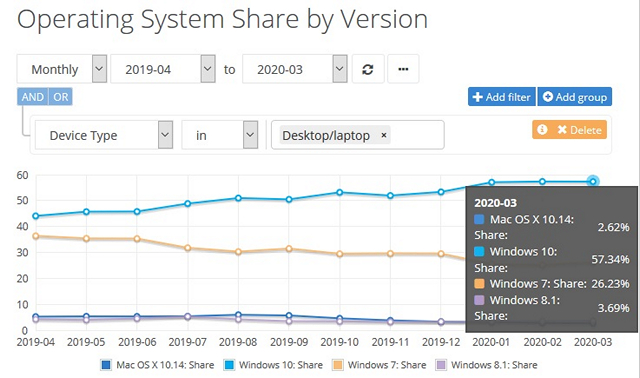 While Microsoft will be happy to see that its hard work on migrating Edge from Edge-HTML to Chromium is paying off, Mozilla will, no doubt, be disheartened that Firefox continues to lose market share in the face of the stiff competition from not only Chrome and Edge, but also Opera and Safari. The non-profit organization will be hoping that the updates to make its open-source browser faster and more consumer-friendly will finally set the graph moving in the right direction in the coming months.