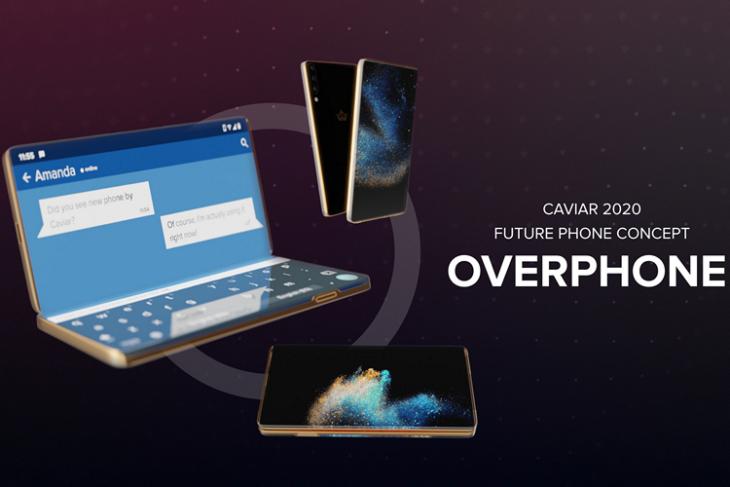 Caviar, the Russian luxury iPhone maker has created a concept it calls “Overphone” illustrating the smartphone of the future. The company calls the concept “an ideal smartphone for the upcoming decade”.

From the renders, we are looking at a smartphone with two separate displays. These displays, according to Caviar, can be attached to make it a single unit or detached to function individually.

For instance, a render depicts an ideal use-case for this concept – sending a text message while watching a video. With current technology, we reply from notifications to keep the conversation going without missing out on the video content. Caviar wants to take this one step further by using a display to watch the video while texting on another display.

Caviar imagines a future where users can simply convert their smartphones into a netbook by magnetically attaching displays, as you can see in the below image. Users could also attach multiple displays together to form a huge display unit. 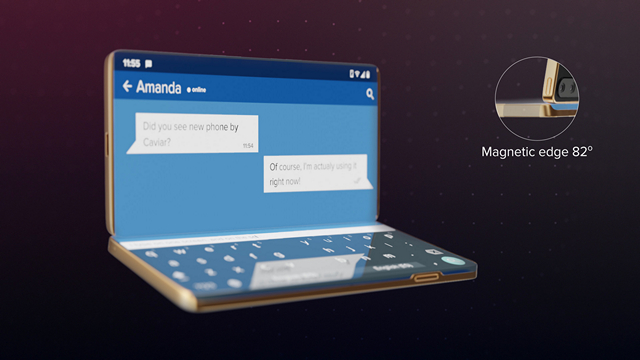 By 2022, Caviar anticipates a flexible battery structure in smartphones allowing users to change the shape of smartphones. The company believes that smartphones of the future will make use of AI and nanotechnologies to change the color based on your preferences by 2025.

Apart from these, smartphones that fit comfortably in your hand could come by 2027. The final highlight of the concept is solar charging, which the company envisions to happen by 2029. 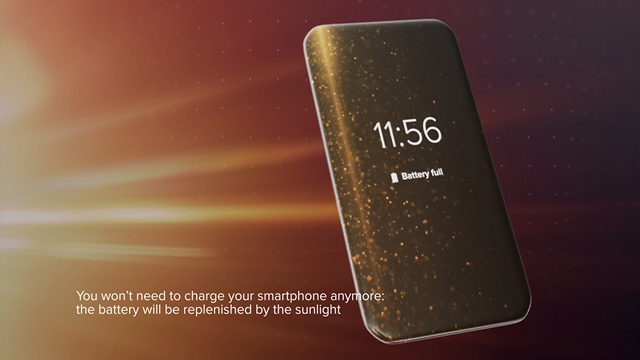 Speaking of solar-powered smartphones, Samsung did attempt to build a smartphone powered by solar energy called Blue Earth back in 2009. The project, however, failed miserably due to the inefficiency of the technology.

So, what are your thoughts on Caviar’s OverPhone? Does it sound too ambitious or feasible? Tell us in the comments.