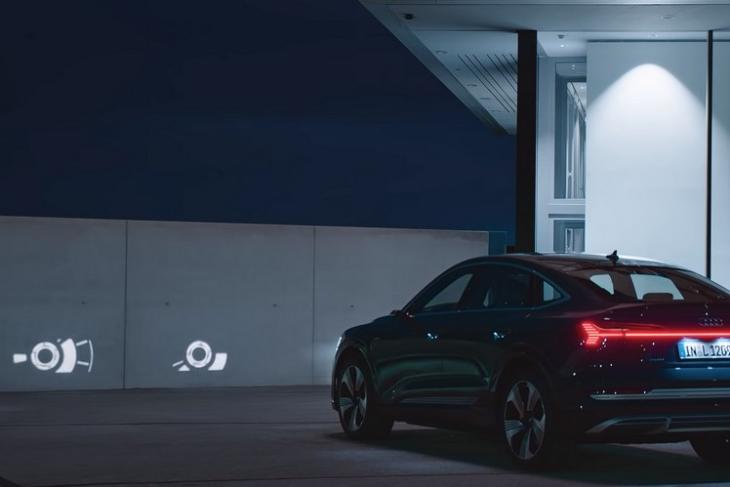 With automobile-technology developing at lightning speed, we have seen several useful features make their way to modern cars. Now, Audi has come up with a unique tech for the headlights of its cars which lets them cast dynamic animated-projections on walls and on the roads.

The German car-makers recently introduced a new kind of headlight-solution for its future cars. Dubbed as Digital Matrix LED headlights, these will be able to project animated images on a wall while the car is parked. Moreover, the additional sensors enable the headlights to adjust their light-beam according to the lighting conditions of the road and the position of the car.

For instance, when the car is moving on a highway at night, it will automatically cast a very high-beam of light to cover a massive area of the road ahead. And one of the best features is that the headlights can automatically turn the light beam to an adjacent lane of the highway, making it more visible for the drivers to make a perfect lane-change.

The company recently released a video showcasing the new headlights. You can check it out right below.

Now, according to Audi, these new Digital Matrix headlights will be launching as a custom option for the company’s upcoming electric cars, the e-Tron and the e-Tron Sportback.

Initially, these unique headlights will be able to project pre-loaded “entry/exit” animations on walls when the car is parked. 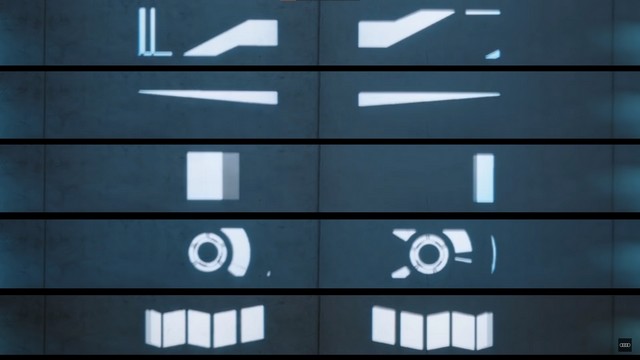 However, the car-maker says that with the Dynamic Matrix LED enabled in its cars in the future, these headlights will become more helpful for the drivers.

Now, although the animation features will be available globally at launch, other Dynamic Matrix LED-enabled features will be exclusive for Europe. So, unfortunately, customers from other countries will only have access to the animations, and none of the safety features, for a period of time. However, the company says that it is working to make all the features of these new headlights available for US consumers soon.