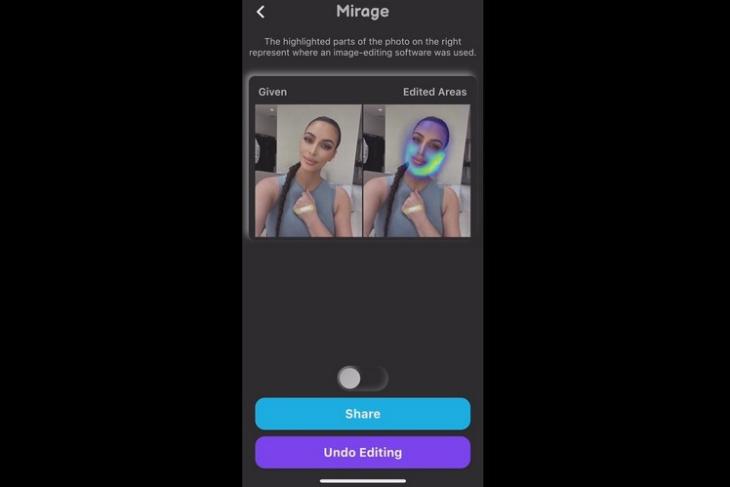 Since the evolution of social media platforms like Instagram, Snapchat, and Facebook, we have seen a lot of beauty apps pop-up in the market. Even most of the budget phones of recent times come with beauty filters baked in the default camera app. All these apps apply a ton of filters to your pictures and that can be very annoying. Well, now there’s an app that can not only detect, but also remove edits from an image.

Created by Redditor, Akshat Jagga (u/chancemehmu), Mirage is an app that can detect and remove edits by image-editing software on an existing image. According to the Haryana-based developer, the app uses machine learning to perform the tasks.

As shown in a video (below) posted by the developer on Reddit, the app works even on screenshots of pictures.

I recently made an app that uses Machine Learning to detect & undo photoshopped/edited images! Looking for feedback on “Mirage”. from iphone

You can feed the app an image or a screenshot. It will then analyze it for a few seconds, and show two versions of the image. These will show the original input image, and the image with highlights around areas that have been edited. This can be seen in the video as well.

The next screen shows a similar view. Only in this one, the picture on the right shows the original image, before all the effects and filters. This is the one the app makes after removing the edits from the highlighted areas.

Now, we do not have any idea what kind of machine learning algorithm the app is using to detect and remove the edits of the images. However, it definitely looks interesting.

The app is available on both the App Store and the Play Store. While the App Store version costs $1.99, on the Play Store you can get it for free. However, bear in mind that you will need to subscribe to the app before you are able to use it, which is really annoying.

10 Great New iPhone Apps You Did Not Know About