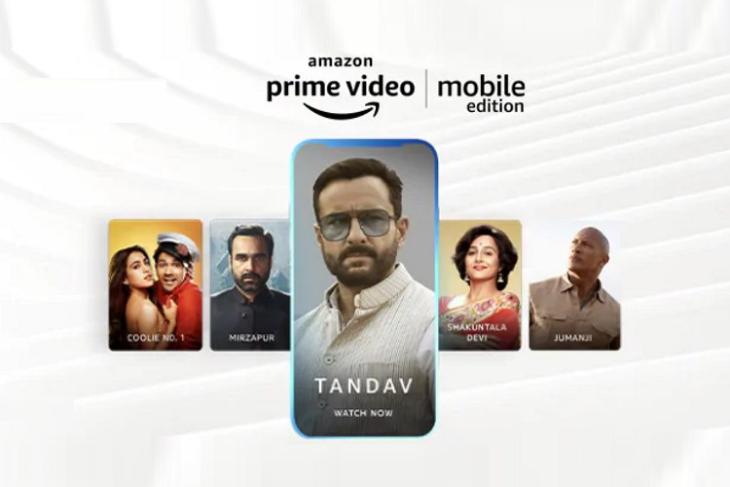 In an attempt to undercut its fiercest rival Netflix in India, Amazon has launched its own mobile-only Prime Video subscription plans today. The American e-commerce giant has partnered with telecom giant Airtel to debut ‘Amazon Prime Video Mobile Edition’ first in India. It will be available at an attractive introductory price of Rs. 89 per month.

As the name suggests, the Mobile Edition subscription will offer access to Amazon’s streaming platform only on mobile to users in India. You can stream TV shows and movies in SD quality using the Prime Video app on Android and iOS. You will not be able to use this account on the web, desktop or smart TV apps. The company took to Twitter to make the official announcement earlier this afternoon.

Mobile-only access to all Amazon Originals, movies and shows. Mobile Edition (ME) will be available starting today for @airtelindia prepaid customers! This is Prime Video built for ME. #PrimeVideoME pic.twitter.com/fKjv46IyZL

How does the Amazon Prime Video Mobile Edition compare to Netflix’s mobile-only subscription? Firstly, you can see that Amazon offers you access to its entire content catalog starting at just Rs. 89 per month. Netflix will require you to spend Rs. 199 per month for SD streaming on mobile devices. 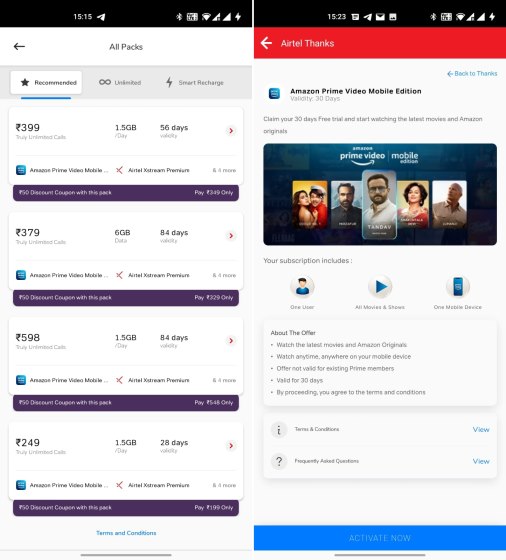 You will need to head to the Airtel Thanks app once you have completed a recharge to activate the 30-day mobile-only Prime Video subscription. Apart from Rs. 89 recharge, you can opt for prepaid plans Rs. 129 and above, as shown above, to get access to this perk. The higher-end recharges can get you access to the complete Prime subscription.

In an official press release, Gaurav Gandhi, Director and Country General Manager, Amazon Prime Video India said, “We believe that the Mobile Edition plan will further accelerate Prime Video’s adoption in India and allow an even larger number of [the telecom giant’s] customers to access our popular entertainment content.”