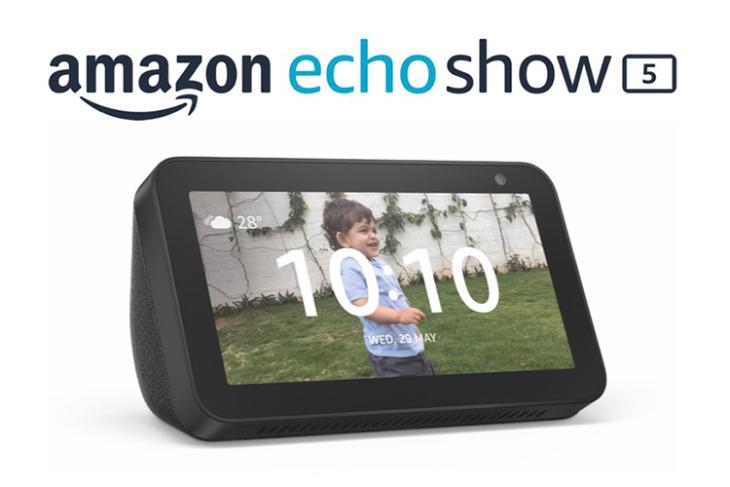 With a more compact form factor, the Echo Show 5 is aimed towards being an addition to places like a bedside table, a kitchen counter, and similar places where a larger display might not be suitable. Plus, at Rs. 8,999 the Echo Show 5 is also going to be far more affordable for customers.

The Echo Show 5 also aims to put users’ minds at ease when it comes to privacy concerns, especially if they’re planning on using it in private spaces like the bedroom. The Echo Show 5 comes with a physical switch that turns off the camera on the smart speaker.

Since the Echo Show 5 gets its smarts courtesy of Alexa, it’ll work seamlessly with all the Alexa-enabled smart home devices, and also comes with support for Alexa skills that are available to any other Alexa smart speaker.

The Echo Show 5 is available for pre-order on Amazon India right now for Rs. 8,999 and units will begin shipping out in July this year.