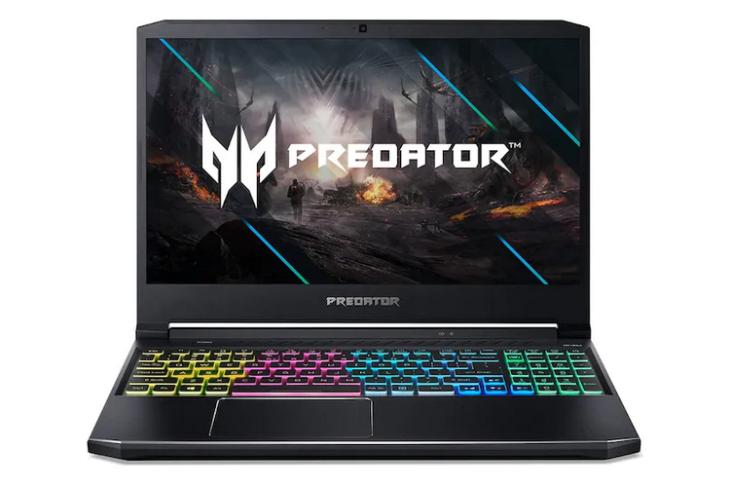 Acer has updated its Predator gaming laptops in India with a range of 10th-Gen Intel Core processors. The two upgraded laptop lineups include the Predator Helios 300 and the Predator Triton 300, and they come with a host of gaming-specific features, including high-powered graphics cards, high-refresh displays, SSDs in RAID config, fast internet connectivity and more.

Acer’s Predator Helios 300 comes with Intel’s latest 10th-Gen Core H-series processors that offer faster frequencies, with up to six cores and twelve threads. They powerful processors are coupled with up to Nvidia’s GeForce RTX 2070 Max-Q GPUs. The laptops also come with up to 32 GB of 2933MHz DDR4 memory and 2x PCIe NVMe SSDs in RAID 0 along with up to 2TB Hard Disk Drive.

The Helios 300 lineup also comes with Acer’s custom cooling technology that the company claims enables the devices to run at optimal temperatures. The laptops are armed with dual fans, including one custom-designed 4th-Generation AeroBlade 3D fan that reduces noise while increasing airflow, and Acer CoolBoost, which allows manual adjustment of the fans to ensure that critical areas receive continuous cooling.

Acer has also refreshed the Predator Triton 300-series with a 10th-Gen Intel Core H-series processor and up to Nvidia GeForce RTX 2070 Max Q GPUs. The devices also feature 15.6-inch FHD IPS displays with 240Hz refresh rates and a 3ms response time. Other key hardware specs include up to 32GB of RAM and up to 3TB SSD.

Connectivity options include HDMI 2.0, mini-DP 1.4, USB 3.2 Gen 1 and USB3.2 Type-C. It also comes with a Killer DoubleShot Pro card that enables the computer to use Wi-Fi and Ethernet at the same time. Like the Helios 300, the Triton 300 also ships with a 59Whr battery.

The Acer Predator Helios 300 starts at Rs. 84,999, while the Predator Triton 300 starts at Rs. 89,999. Do note that these models are powered by the Core i5-10300H CPU and come with the GTX 1650 Ti GPU, 8GB of RAM and 512GB of storage. They are up for purchase at various online and offline outlets, including Acer Exclusive Stores, Flipkart, Amazon, Croma, Reliance, Vijay Sales and Acer E-store.

Get the Acer Predator Helios 300 Gaming Laptop For As Low As Rs 47,990 on Flipkart