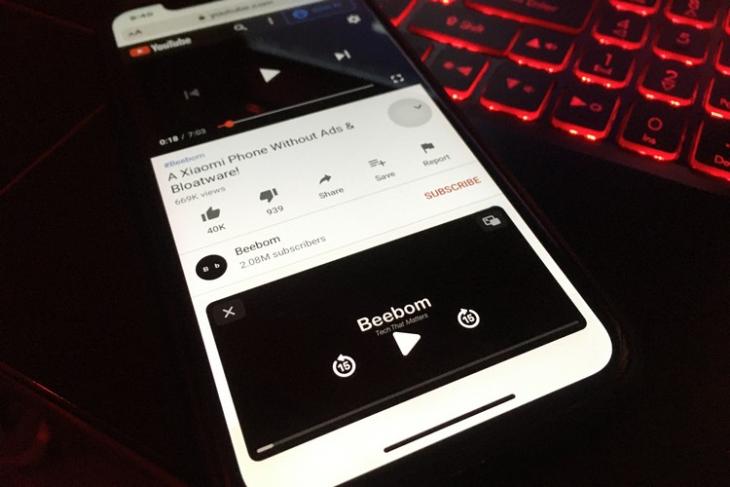 Following the launch of iOS 14, there has been a lot of hubbub with the OS’ new built-in picture-in-picture (PiP) not working on YouTube. First, users found that they can access the feature on their iPhones when they opened any YouTube video via Safari. Then the video platform removed support for PiP from its mobile website on Safari, however, it still worked fine with its desktop website. Now, YouTube has once again started supporting the feature for iOS 14 devices on its mobile website.

So now, anyone with iOS 14 and iPadOS 14 installed on their devices can easily access the picture-in-picture mode on YouTube via Safari. I tried it on my device running iOS 14.2 beta 2 and it worked like a charm. 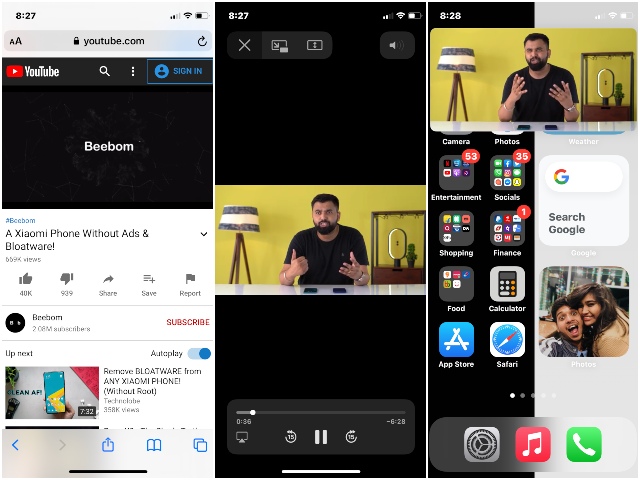 Now, considering previous instances, there is a high possibility that YouTube might again stop users from accessing the feature. It is mainly because YouTube charges money and offers the PiP feature to its premium users.

Earlier the reports have suggested that the company is testing a native picture-in-picture mode for its app on iOS 14. As per the report, the feature will be restricted to premium users only, as usual. And if that is the case, then I assume that the picture-in-picture mode for its mobile website on Safari isn’t here to stay. YouTube won’t want you to access a paid feature for free. This means our happiness is, all but, short-lived.

So, what do you guys think? Will the feature remain available even in the future? Or will Google remove it again? Let us know in the comments down below.