Skip to content
Home News WhatsApp Is Working on Dark Theme for Web and Desktop: Report 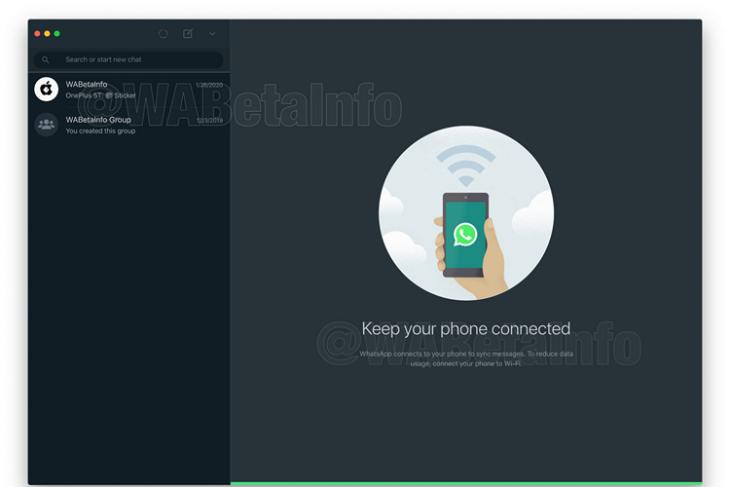 WhatsApp added the much-awaited dark mode in beta for Android devices last month and iPhones last week. The company is now focusing on bringing the dark theme on WhatsApp Web and WhatsApp Desktop.

Early signs of the feature got spotted by WhatsApp Desktop modder Mahesh B Wijerathna (@m4heshd) on v0.4.930 and now, WABetaInfo has managed to enable it to give us an early glimpse at the dark theme on the web and desktop. And from the looks of it, the implementation resembles the design we have seen on the mobile version of the popular messaging app.

That is, you get the combination of the same greenish accents and dark grey headers. The theme implementation is a work in progress, which explains why the background color for emojis isn’t transparent. Take a look at the design in the gallery below:

Considering the fact that WhatsApp is yet to roll out the dark theme to stable versions of WhatsApp on Android and iOS, we could expect the Facebook-owned messaging giant to bring the dark theme to the stable builds on all its platforms simultaneously. We will be keeping an eye on the developments and will update you once the rollout begins.

In the meantime, if you’re interested in using the dark theme on WhatsApp Desktop right now, our article on the same would certainly come in handy. So, are you excited to enter the dark side on PC too? Let us know in the comments.