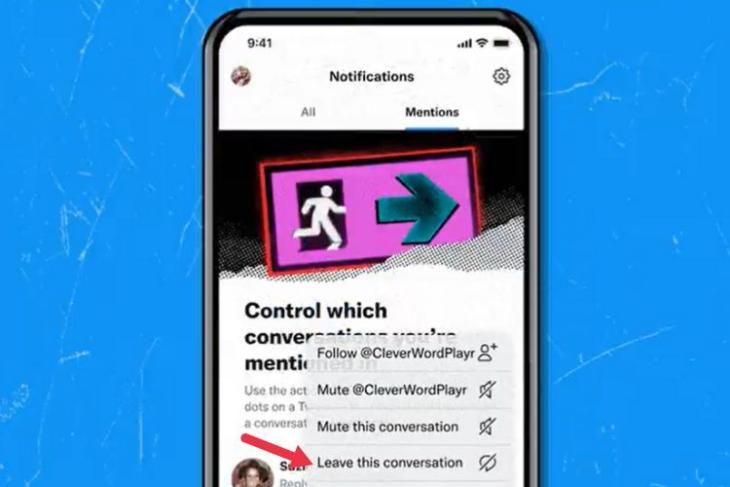 Twitter began testing the ability for users to “unmention” themselves from conversations, which can become toxic. The test has now become an official feature as this ability is now available for all. Here are the details to know.

Twitter has announced the introduction of the feature via a recent Twitter post. The new feature will allow you to “take control” of your mentions and lets you leave a conversation or a tweet thread when you want to.

If you are mentioned in a conversation and you want to get out of it, you can simply tap the three-dotted menu and select the “Leave This Conversation” option. As mentioned during the initial announcement of this feature, an additional pop-up will appear to tell you more about the feature.

This will specifically prove to be a blessing when conversations on Twitter become rather toxic and hateful, which by the way, is a ritual on the microblogging platform. It’s another attempt by Twitter to keep things safe and healthy for people on the platform.

This functionality is now available for all on Android, iOS, and even on the web. Do share your thoughts on the new Unmentioning feature on Twitter in the comments below.