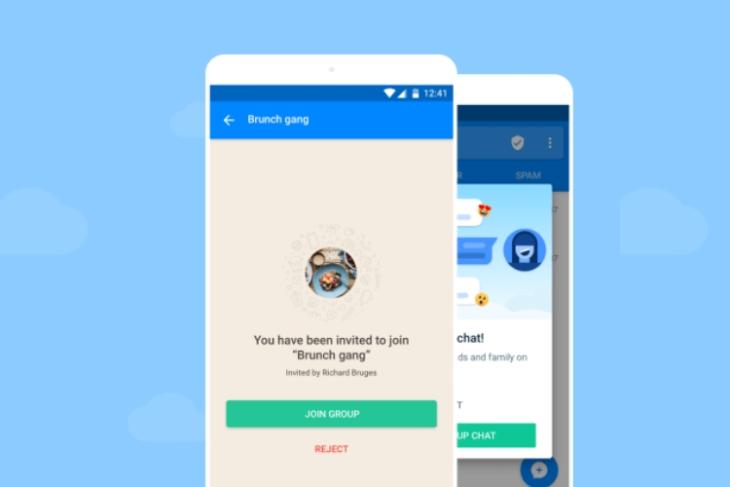 Truecaller no longer just wants to be your Caller ID app, but a complete communication suite that lets you send messages or money to your friends. The app recently added the ability to place VoIP calls to your contacts, but it’s now improving its chatting feature by introducing privacy-focused group chats into the mix.

Truecaller has added group chats functionality to both its Android and iOS app, offering users yet another bombard their friends with messages. What makes Truecaller’s group chat different, as per the official press statement, is an invitation-based system and the hidden nature of the phone number. Let’s take a look at each one at a time:

Much like the recently introduced group controls in WhatsApp, Truecaller won’t allow the group admins to randomly add anyone in their contacts list to the conversation. Instead, users will receive an invite to join the group chat and they can choose to accept/ decline the invitation. The company states it has leveraged its spam-free mindset while building the group chats feature.

Moving on, if you have joined a group and it includes someone you don’t already know, then Truecaller won’t show members the mobile number until and unless they save the contact saved on their device. You will need to send a request to that user to view their phone number, which is a great move to maintain the privacy of everyone in the group.

Members can access the profile of others in a group chat to see who they are currently conversing with. Another highlight of this feature is how easily you can switch between sending a message over data to sending an SMS. The former is available for when you have an Internet connection, but the conversations won’t stop if the Internet is patchy. SMS messages will come in handy in this situation.

Truecaller currently has over 100 million active users in India, with over 1 million paid subscribers, so there’s a scope for the Caller ID to break into the messaging scene by securing support from new users. However, it would difficult to break the monopoly of WhatsApp, Hike, and other established services in the country.