Skip to content
Home News This Man Built a 27,000,000mAh Power Bank That Can Charge TVs, Electric Scooters, and More! 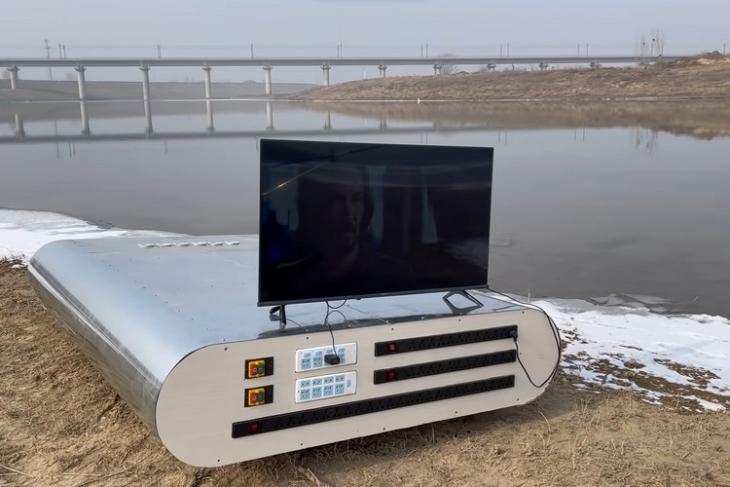 Power banks can be considered a useful product for people to keep their devices charged up during travel or on-the-go situations. While traditional power banks are compact and pack just enough power to charge a standard smartphone or maybe a laptop, a Chinese man took this to the ultimate level by developing the world’s largest power bank with a humongous 27,000,000mAh capacity! Yes, you read that right. So, let’s take a look at what it is like.

An electronics handyman and an influencer from China, Handy Geng, recently shared a video on his Weibo handle as well on his YouTube channel, showcasing the world’s largest power bank. The video shows the man developing the massive power bank from scratch.

It is revealed that Geng used a massive battery pack, which is larger than the ones used in electric cars, to build this huge power bank. He also built a protective casing and the wirings from the ground up to make the world’s largest power bank look like a traditional power bank. He also ensured an element of portability by attaching a few wheels at the bottom of the protective case to easily move it around. Although it would be impossible to fit the power bank inside a pocket or easily move it around! Here’s a look at its video:

The 27,000,000mAh battery pack features 60 ports and can deliver up to 220V electrical voltage. Hence, it can power small electronic gadgets like smartphones (up to 5,000 phones with 3,000mAh batteries each), laptops, and tablets, along with heavy-duty electronic appliances such as TVs, washing machines, and even electric scooters.

Furthermore, the massive power bank is said to measure 5.9ft x 3.9ft in length and width. While the idea of a huge power bank seems intriguing, we don’t know if it’s a feasible option for charging electronic products. What do you have to say about this massive 27,000,000mAh power bank? Do you think it can prove like a decent product for commercial use? Let us know your thoughts in the comments below!