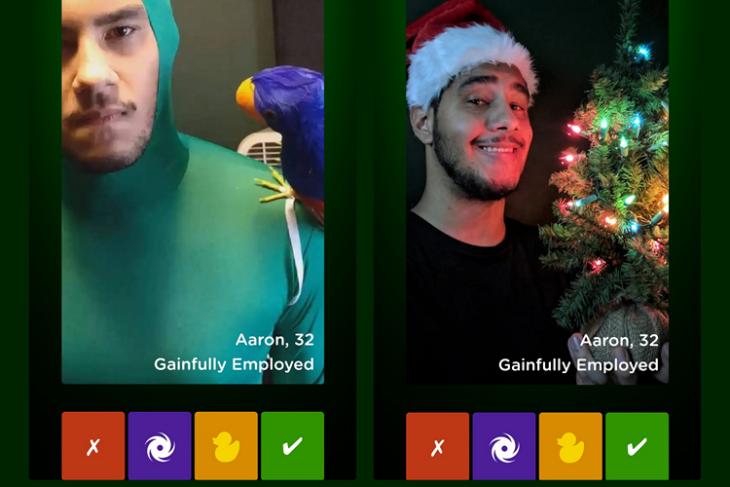 With dating apps like Tinder and Bumble being filled with a variety of choices, it can get quite difficult to match with a person that you might actually sync with. Well, not anymore. Enter Singularity, a new dating app for women that does not shower you with multiple choices. Instead, you end up with the creator of the app.

Yes, you read that right. The only person featured in Singularity is Aaron Smith, the guy behind the app. No matter how far or long you swipe through the app, you will be seeing pictures of just him.

Aaron’s profile on Singularity Dating reveals that he is 32 years old, and “gainfully employed”. The website does have a few other people namely 29-year-old Corey, Jeremy who is a 33-year-old Entrepreneur at Vector Marketing, and Artyom, a 37-year-old Engineer at Internet Research Agency. Spoiler alert: They’re all just Aaron himself.

Aaron Smith also happens to be a YouTuber. His YouTube channel is called Aaron Loves Gear, where you can mainly find guitar videos. In his YouTube channel, Smith has a commercial for his app, which sounds quite funny.

“By utilizing the latest in personality analysis and machine-learning technology, Singularity saves you countless hours of swiping by just matching you with me,” Smith says in the video.

Smith has cleverly linked his Facebook profile and email address at the end of the website saying “Yes, this is a joke. But what if it isn’t?”. I really hope he manages to find a girl after putting in all these efforts for finding a date.

Check out the witty video of Singularity below and let us know if you have found any such funny yet clever ideas for standing out of the crowd in dating apps in the comments.

10 Best Dating Apps in India That You Can Use

From MAGA to MALA: This Dating Website for Trump Supporters Only Wants Straight People

Your Tinder Swipes, Matches And Photos Can Be Easily Hacked on Public Wi-Fi