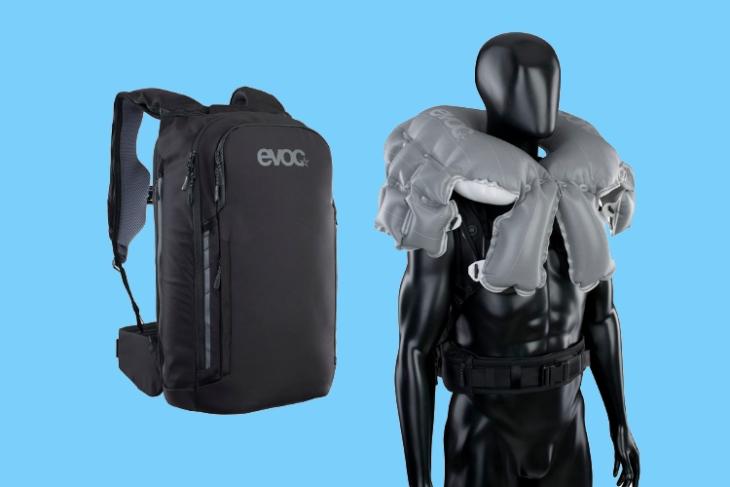 If you are a professional or even a casual cyclist, you know how many injuries one major crash could cause. In case of a cycle crash, some of the most affected body parts include the shoulders, chest, and head. So, to help cyclist protect their upper bodies during a crash, a company has developed a cool backpack that automatically turns into an airbag during a crash in less than a second.

Dubbed the Commute Air Pro 18, the regular-looking backpack is developed by the USA-based brand EVOC Sports. The company wanted to develop a simple yet effective protection mechanism for cyclists. So, the Commute Air Pro 18 looks and works as a regular backpack. However, it comes with embedded motion sensors.

So, when a user equips the backpack on their shoulders and closes the chest strap, the sensors get activated. They continue to monitor the motion activity of the Commute Air Pro 18 around 1,100 times every second.

When the sensors detect extreme motions due to a collision or major crash, the backpack deploys an 18-liter inflated airbag in less than 0.2 seconds. The airbag wraps around the riders’ upper body, covering the shoulders, hands, and neck.

As per the company, the airbag “reduces the impact forces and braking acceleration (HIC: head injury criterion) on the cyclist by up to 80%.” Furthermore, if the airbag remains in one piece after the crash, it can be repacked into the backpack and users can then replace the igniter cartridge, making it a reusable backpack.

Other than the safety feature, the Commute Air Pro 18 is also a full-fledged backpack with sufficient storage space. Even with the airbag inside, users can also fit a laptop in there. Plus, it has several compact pockets to store various electronic gadgets such as a smartphone, a pair of earbuds, or smart glasses. There is also a hip strap attached at the bottom that helps to evenly distribute the weight of the backpack across the users’ body.

Now, coming to the availability of the Commute Air Pro 18, EVOC Sports will start selling it in the market starting from Spring 2022. It will be priced at €900 (~Rs. 78,252). So as you can imagine, you could get a decent motorbike at that price. However, when it comes to high-tech safety equipment, it usually involves a hefty investment.

So if you are a cyclist, will you buy the Commute Air Pro 18 at this price range? Let us know your thoughts in the comments.

This Automated Luggage Carrier Can Intelligently Follow You Around