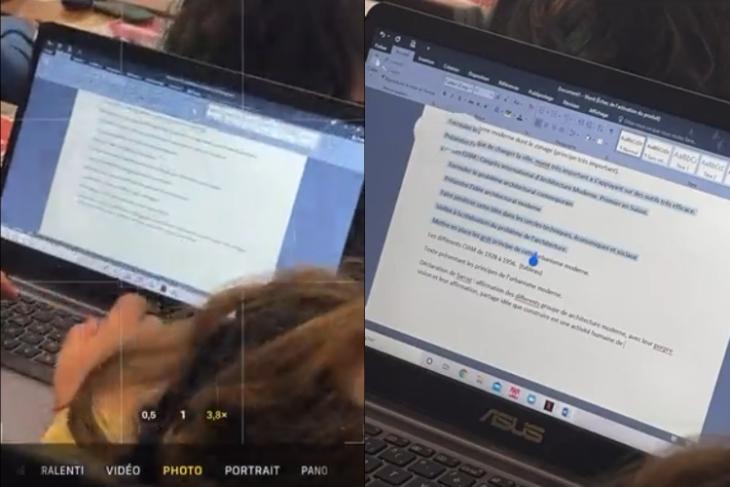 Apple added a myriad of new features like screen sharing over FaceTime, Focus Mode, and others to iPhones with iOS 15. Amongst these, the Cupertino giant introduced a nifty Google Lens-like feature called Live Text that allows users to copy text from any image on their iOS 15 devices. Now, students are using this feature to copy class notes from other students, and it is pretty ingenious!

Now, for those unaware, the Live Text feature allows users to select text in images right from their iPhones. To use this, users just need to point their camera towards a banner, billboard, or anything that contains text to instantly extract them and copy them on their device. It lets users copy any kind of text information such as phone numbers, addresses, and other text-related data from the Camera app. You can check out our in-depth story on what is Live Text and how to use it right here.

So, after Apple started publicly rolling out iOS 15 to users earlier last month, a video by a user named Yann Bernillie showcasing a student copying notes from another student in class using the Live Text feature went viral on TikTok. Soon after, a French tech journalist Juan Buis shared the video on Twitter, saying that it is “kind of genius.” You can check out the tweet right below.

The video, as you can see above, shows a student pointing his iPhone camera towards another student’s laptop to instantly copy the class notes using iOS 15’s Live Text feature. So, if you have an iPhone with iOS 15 installed, you can try out this trick the next time you attend a class in your school or college.

However, it is worth mentioning that not all iOS 15-supported devices support the Live Text feature. You will require an iPhone or an iPad device with an A12 Bionic or above chipset to use the feature.