Skip to content
Home News Spider-Man: Miles Morales Has a Cute Spider-Cat As His Sidekick 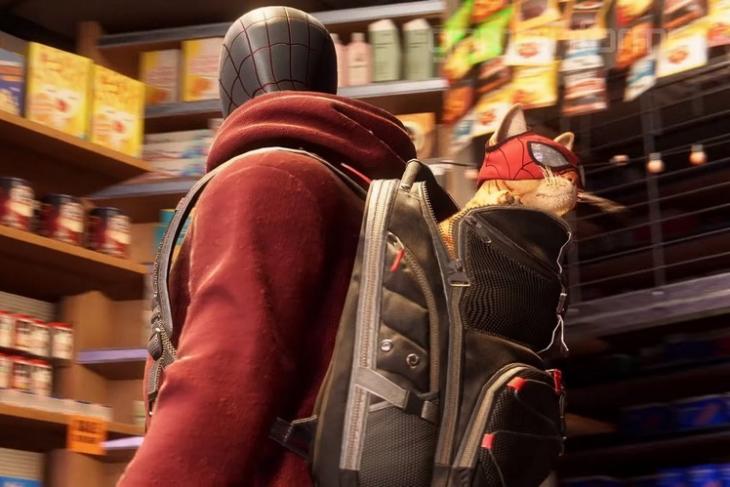 Since Insomniac Games announced Spider-Man: Miles Morales video game for the next-gen consoles, we have heard about a few developments of the project. However, this latest find might bring a big smile to the faces of cat-lovers around the world, as the upcoming game will feature a “Spider-Cat” as the sidekick of the web-swinging superhero.

This latest find comes from recent gameplay footage (below) of the video-game which the YouTube Channel, Game Informer, published recently. According to reports, the “Spider-Cat” is actually a reward for a side-mission in the game. However, once the player completes the mission and earns it, it remains as a sidekick of Miles for the rest of the game.

As you can see in the video above, Miles gets an alert on the in-game “Friendly Neighbourhood Spider-Man” app about a “bodega” robbery. Now, “bodega”, if you don’t know, is actually a synonym for a grocery store in the state of New York. And each of these “bodegas” has dedicated cats to keep rodents and biological pests out of the store.

So, following the alert about the robbery, Miles quickly reaches the location, fights all the enemies, and then rescues the cute “bodega cat” from the store, by conveniently putting it inside his backpack.

Now, after the completion of this simple side quest, players will get a unique “Spider-Cat” suit, which includes a dope “Spider-Cat” hoodie for Miles and a cute Spider-Man mask for the cat to hide its real identity, I guess.

As per the reports, once the players get this reward, the “Spider-Cat” will stay inside Miles’ backpack for the rest of the game. Moreover, the cute, meowing-beast will come out of Spider-Man’s backpack at the end of fight sequences to give a purr-fect finisher to the bad guys.