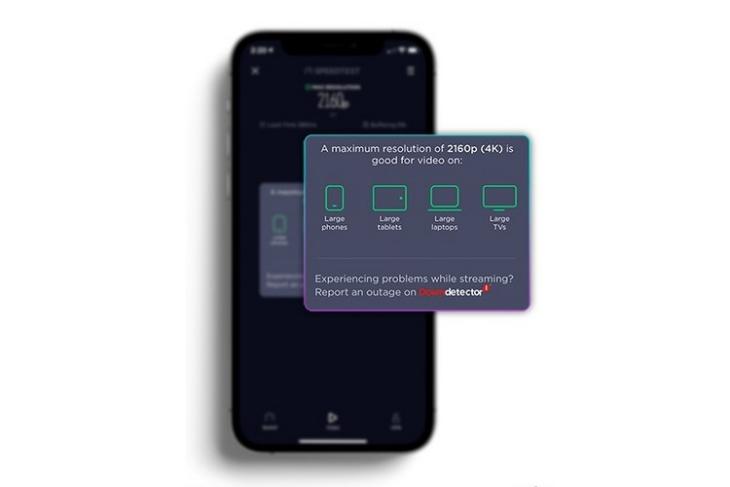 If you are someone concerned about Internet speeds, then I am sure you have heard of the Speedtest app by Ookla. It is an app, available both on Android and iOS, that allows you to see the upload and download speeds offered by your network provider. Well, the app has now gained a new video testing feature. It allows you to measure the quality of video streaming on your network connection.

Ookla, the developer of the benchmarking app, recently announced the feature via an official blog post. As per the developers, as most users stream video on various streaming platforms like Netflix, YouTube, and others, it is important to test the streaming quality of the videos on a network connection. So, Ookla has introduced the feature to help users benchmark the video-streaming experience before they start watching a show or a movie on their device.

The new feature resides inside the Speedtest app, under a dedicated tab. Once you open the app, go to the “Video” tab from the bottom navigation bar. The app will then start playing a video stream to measure the adaptive bitrate of the video, a technology through which streamed video is typically delivered to devices.

Through this measurement, the app will be able to derive the maximum resolution, load time, and buffer a user can expect while streaming video on a given network connection.

A video test can also suggest to users which devices are best to stream video on and whether they should watch their favorite content on a TV or on their smartphones.

The new video benchmarking feature is currently only available on the iOS version of the Speedtest app. Ookla has also confirmed to bring the feature to more platforms soon. I tried testing the feature on my iPhone X but as soon as I tap the start button to measure the video streaming capability, the app crashes.

So clearly, the feature is still in its early stages, and in my opinion, it needs a bit of work. However, the idea is pretty fresh and I am sure it will help users better understand and improve their video streaming experience.

You can download the Speedtest app for iOS via this link right here.