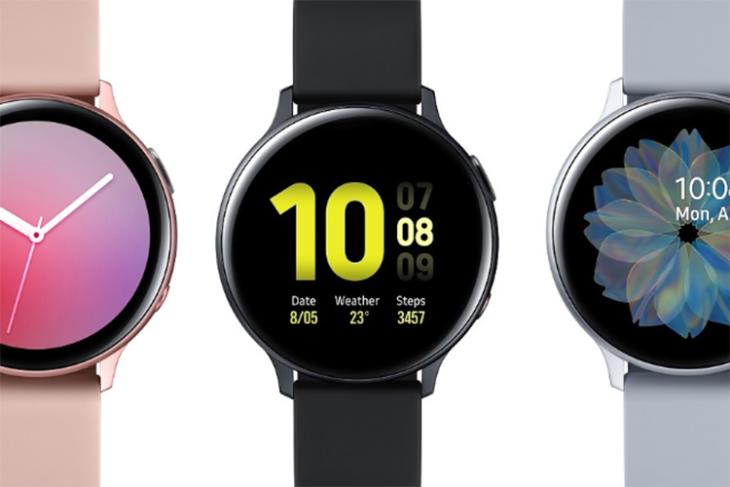 Samsung has today announced that the company will be making all its smartwatches in India. The company made this announcement alongside announcing the new Galaxy Watch Active2 4G Aluminium Edition.

The Watch Active2 4G also comes with the same touch bezel that we saw in the Watch Active2. This feature is now also available on the first gen Galaxy Watch Active, by the way. For fitness, the watch comes loaded with 39 different activity tracking modes. Plus, users can access video guides for workouts and more via the Samsung Health app.

As the 4G in the name suggests, the watch comes with e-SIM functionality. It can let you take calls, send and receive messages and more, all independent from your smartphone. That could make it a good fit for fitness enthusiasts who like to leave their phones behind when they go for a run.

The new Galaxy Watch Active2 4G Aluminium Edition is priced at Rs. 28,490. It will be available starting July 11.

Photos of Samsung Galaxy Watch Active 2 Leaked at the FCC