Skip to content
Home News Samsung Galaxy Tab A8 Launched in India; Check Out the Specs and Price Details! 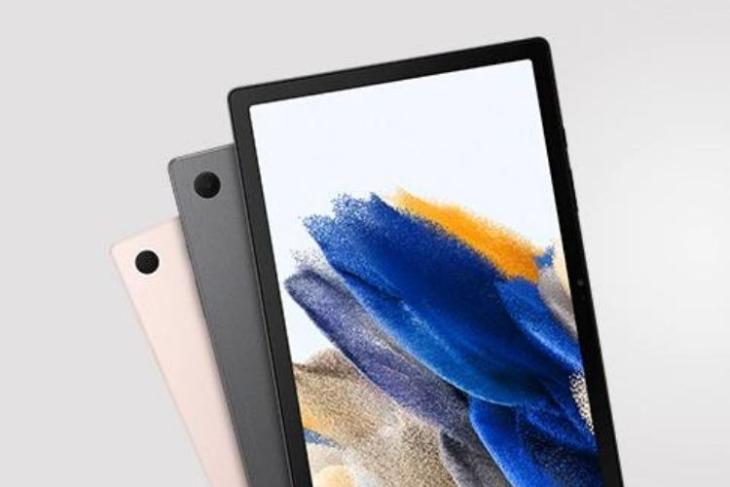 Samsung recently added the Galaxy Tab A8 to its affordable tablet series in the global market. And now, the tablet has silently launched in India to compete with the likes of the Moto, Lenovo, and even the Realme Pad in India. Here’s a look at everything you need to know about this new budget tablet from Samsung in India.

Galaxy Tab A8 Arrives in India

The Galaxy Tab A8 is a successor to the Galaxy Tab A7 and even the Tab A7 Lite. The device has a metal chassis and a thickness of 6.9mm. It offers you Gray, Silver, and Pink Gold color options to choose from.

The Galaxy Tab A8 comes with a 10.5-inch TFT display with an aspect ratio of 16:10 and a screen resolution of 1,920 x 1,200 pixels. It includes some visible bezels, although, they are claimed to be really minimal.

The tablet is powered by an octa-core UniSoC T618 processor, which is said to have a 10% increased GPU and CPU performance as compared to its predecessor. The Galaxy Tab A8 comes in three RAM+storage configurations: 3GB+32GB, 4GB+64GB, and 4GB+128GB. All three of these options allow for storage expansion by up to 1TB via a memory card.

The camera department gets a single 8MP rear snapper and a 5MP selfie shooter, much like the Galaxy Tab A7. It sources its power from a 7,040mAh battery with 15W fast charging and runs Android 11 with One UI on top. There’s support for various connectivity options such as Wi-Fi 802.11 ac, Bluetooth 5.0, USB Type-C port, a 3.5mm audio jack, GPS, and more. It also supports Face Unlock and quad stereo speakers with Dolby Atmos.

The Tab A8 is also home to a number of features for easy work-from-home and study-from-home situations. It gets the Screen Recorder feature to record videos sessions in case you want to replay them later. There’s also access to Samsung TV Plus for binge-watching videos and Samsung Kids to keep children busy with various types of activities. The tablet also supports features like Multi-Window, Drag & Split, and Samsung Knox security.

The Samsung Galaxy Tab A8 comes with a starting price tag of Rs 17,999 and will be up for grabs via Amazon India, Samsung India eStore, and Flipkart, starting January 17. Interested buyers can get a cashback of Rs 2,000 on select bank cards and a Book Cover accessory at Rs 999. So, will you be buying the Galaxy Tab A8 over the Realme Pad? We recently crowned the Realme Pad as the best tablet under Rs 20,000 in India. Check out the YouTube video right here: