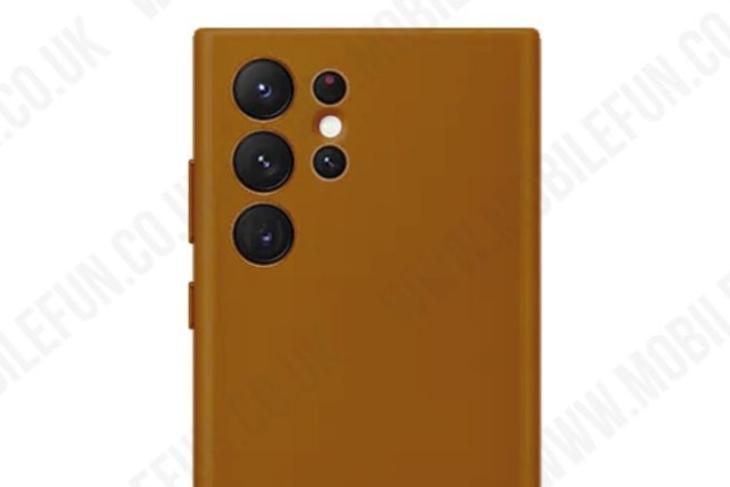 The Samsung Galaxy S23 series is soon to make its entry at the beginning of 2023 and prior to this, we have been seeing a number of rumors and leaks regarding the new Samsung flagships. The latest leak involves the possible cases to go with the Galaxy S23 phones, which seemingly confirm their design. Have a look at the details below.

The latest report by Mobile Fun has enlisted the many case options for the Galaxy S23, the Galaxy S23+, and the Galaxy S23 Ultra. The list of cases has also been leaked by renowned tipster Evan Blass but Mobile Fun gives us a glimpse of a few of them.

There’s the leather case in the Camel color for the Galaxy S23 Ultra, which shows us what the device may look like. While the Galaxy S23 Ultra appears similar to the S22 Ultra, the rear camera arrangement seems different. Instead of a massive encasing to hold the cameras (Samsung calls it the Contour Cut design), the cameras are placed separately. The front appears to have a center-placed punch hole. Recently leaked images of the dummy units of the Galaxy S23 series also hint at the same changes.

There’s another flip cover in Lilac, which is an interesting addition. There’s a cutout at the front portion for people to have a look at the time, date, day, and battery percentage. The report also talks about a silicon cover case for the Galaxy S23, which hints at a Galaxy S22-like design without the Contour Cut design. The same could be for the Galaxy S23+.

As for other details, it is suggested that the Galaxy S23 Ultra will come with the same 12MP selfie shooter as its predecessor, which might prove a bit disappointing. This is expected to come with a 200MP main camera, two 10MP telephoto lenses, and a 12MP ultra-wide lens. Although, we are yet to see how this pans out. The phone’s spec sheet was recently leaked, which hints at the Snapdragon 8 Gen 2 chipset, a 5,000mAh battery, and more.

Since these details don’t come from official sources, it’s best to wait for Samsung’s word for a better idea. We will let you know whenever this happens. So, stay tuned, and do share your thoughts on the recent Galaxy S23 details in the comments below.