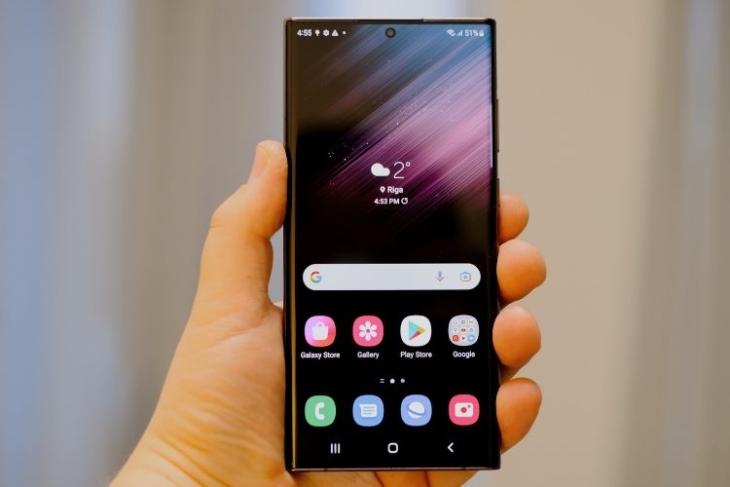 Samsung recently had a share of the negative limelight when it was found that the company is throttling thousands of apps on its Galaxy S22 smartphones. The company responded and acknowledged the wrongdoing and revealed that it will soon release an update to resolve the issue. And Samsung has delivered on its promise as it has started rolling out the said update to some Galaxy S22 users.

It is reported that several Galaxy S22 series phone users have started receiving a new update that brings the Game Performance Management Mode to the Game Optimization Service (GOS) app. This mode will help users restrain the throttling of apps on their devices, of course, while compromising on the battery life. The update also introduces CPU and GPU performance improvements.

As per users on the Samsung Korea community forums, the firmware update version S90xNKSU1AVC5 is being rolled out for the Galaxy S22 series in South Korea as of now. It is expected to roll out to global users in the coming days.

To recall, the GOS app on the Galaxy S22 was found throttling the performance of over 10,000 popular non-gaming apps such as TikTok, Instagram, Twitter, and even Samsung’s own native apps. However, Geekbench apps were left out of the list. This was tested on the 3DMark app’s real and fake versions, and the result showed how Samsung was manipulating the benchmark scores.

In response to this, Samsung revealed that an update will be out soon. However, this whole situation led to Samsung phones being delisted from Geekbench, which is kind of a big deal! For those who don’t know, OnePlus did a similar thing with the OnePlus 9 and 9 Pro and faced the similar consequences of being delisted by Geekbench.

Samsung was quick enough to take the necessary measures and we expect this issue to be resolved as soon as possible. This might help the company earn some good faith too. Do let us know your thoughts in the comments below!