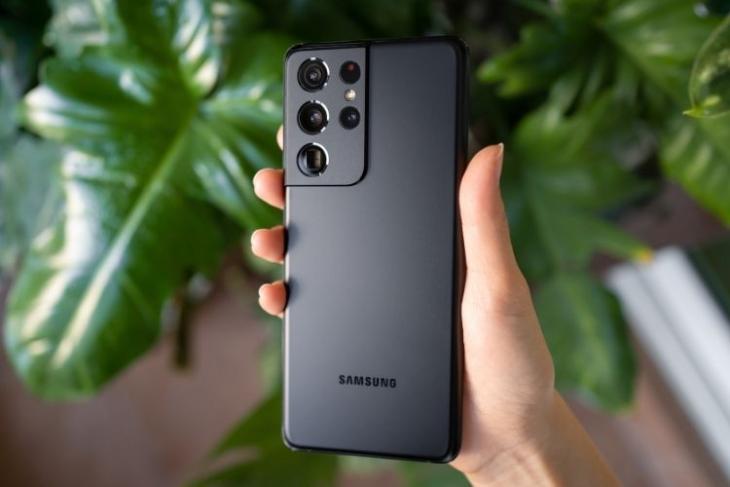 Samsung is all geared up to launch the highly rumored Galaxy S22 series on February 9, which is tomorrow. Now, ahead of the Unpacked event, it seems like the company is trying to let go of its last year’s flagship smartphone: the Galaxy S21 Ultra as it is no longer available for purchase in a few regions.

It is revealed that the Galaxy S21 Ultra is no longer available to buy via Samsung’s website in France, Germany, the UK, the US, and even in South Korea. In India, the phone continues to be listed on the website. However, stocks are unavailable at the time of writing. It seems like it might soon be discontinued once the Galaxy S22 Ultra launches as a replacement.

Other Galaxy S21 phones such as the vanilla S21, the Galaxy S21+, and the recently launched Galaxy S21 FE are still available to buy across these regions. As for the Galaxy S21 Ultra, you can still buy it via third-party sellers, although, waiting for the new model makes more sense, considering it might carry the same price as its predecessor with upgraded specs.

For those who don’t know, the Galaxy S22 Ultra is expected to combine the Galaxy Note and the Galaxy S series with a Note-like design, S Pen support with a dedicated slot, and a huge display. The device is expected to come with a 108MP camera, big battery with support for 45W fast charging, and more. It is most likely to come in Exynos 2200 and Snapdragon 8 Gen 1 SoC variants. A recent rumor hints at Snapdragon-powered Galaxy S22 phones for India, as suggested previously too.

Other than this, Samsung will launch the Galaxy S22 and Galaxy S22+, which will look similar to the Galaxy S21 and S21+ and come with hardware improvements. We need to wait for tomorrow’s event to get a better idea about the 2022 Galaxy S22 lineup.

As for the Galaxy S21 Ultra, it remains to be seen if Samsung provides any official details on its discontinuation. Meanwhile, do let us know your thoughts in the comments below!