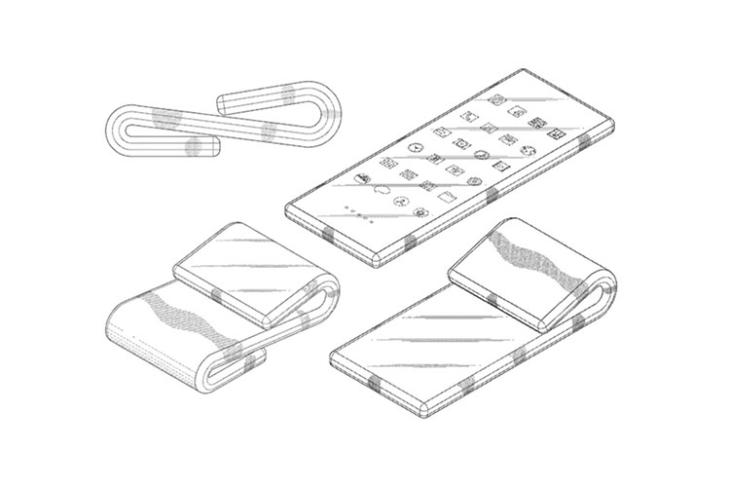 Samsung has apparently patented an innovative design for a dual-folding smartphone that can be folded in two different directions. Believed to have been originally spotted by Dutch tech blog, LetsGoDigital, the patent was granted to Samsung Display by the United States Patent and Trademark Office (USPTO) last month. The company had applied for the design patent in April 2018 and it was published on May 26.

Images accompanying the patent certificate give us some idea of what the device might look like. While one part of the device can be folded forward like a clamshell phone, the second fold will be backwards. However, unlike the Galaxy Fold or the Mate X, the device won’t transform into a tablet when fully unfolded. Instead, it will remain a smartphone, if only a rather elongated one.

Interestingly, as can be seen from the images, the device may not be folded completely flat. The sketches also do not seem to show any buttons, connectors or cameras. Of course, that’s possibly because the patent applicant was Samsung Display and not Samsung Electronics. There’s no further information about the patent or any device based on it at this point, but we’ll hopefully get more details soon.

Folding smartphones are expected to become increasingly popular in the coming years. While Samsung and Huawei have been the pioneers of the technology, others are now also joining the race. While Lenovo unveiled the Moto Razr 2019 late last year, Xiaomi has now reportedly patented a foldable smartphone design of its own. There’s no telling, however, as to how long it will take for other companies to catch up with the new form-factor(s).