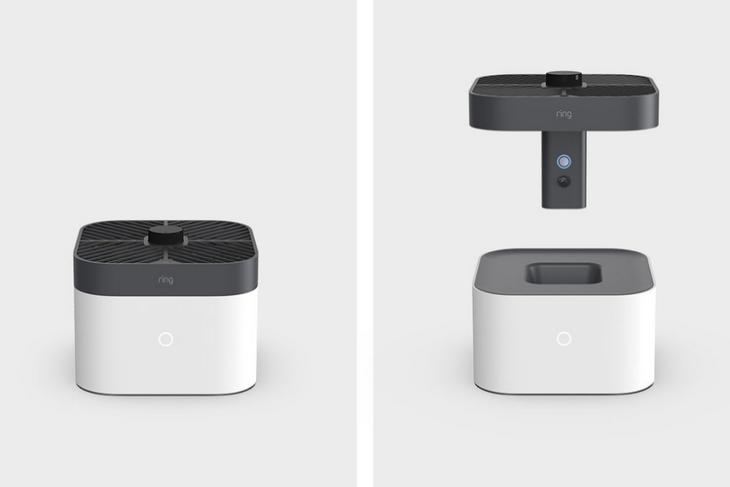 Amazon-owned IoT firm, Ring, has announced its next-gen home security camera at last night’s Alexa event where its parent company also unveiled the spherical Echo smart speaker, Echo Dot, Luna game-streaming service, new Fire TV and more. Called the ‘Always Home Cam‘, it is an autonomous flying drone that can enable users to keep an eye on every corner of their house while they’re not at home.

Describing it as ‘compact and lightweight’, Ring said that the flying indoor camera works with Ring Alarm and flies to pre-selected locations across any property to enable the homeowner to check on their home even while they’re away. In an official press release, the company said: “This autonomous indoor security camera flies your chosen, personalized paths so that you can easily check in on your home for peace of mind — like whether someone left a window open or forgot to turn the stove off”.

As mentioned already, the Ring Always Home Cam also integrates with Ring Alarm to help users check for any possible intrusion in real time. When the alarm is triggered while in Away Mode, the Always Home Cam will automatically fly a set path to see what’s happening, said the company. Users can also stream video while the camera is in-flight via the Ring App for greater peace of mind.

While an autonomously flying camera can be a boon when you’re away from home, it can be a privacy nightmare at other times. To allay any fears of possible privacy violations, Ring says that the device was built with privacy top of mind both in the physical design and the way it is used. First off, the camera is physically blocked when docked. It will also only start recording when it leaves the base and starts flying. What’s more, it also hums at a low volume while flying so that it’s clear the camera is in motion and is recording.

Amazon hasn’t announced pricing or availability details of the Ring Always Home Cam, but according to The Verge, it’s expected to start shipping sometime next year for $249.99 (~Rs. 18,000).