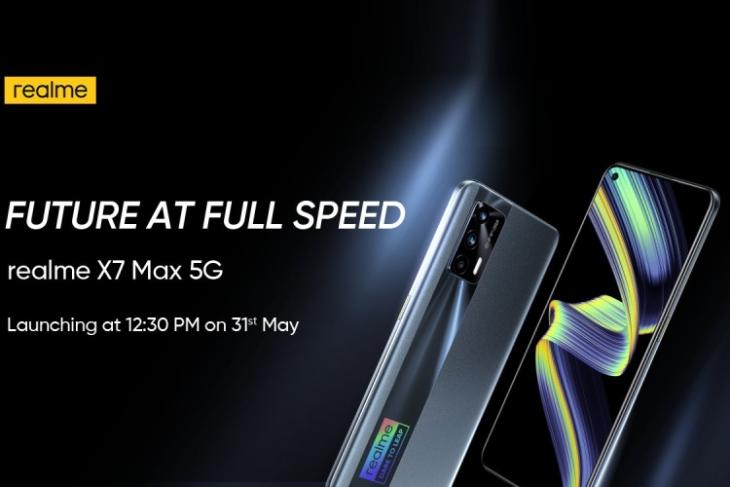 After launching the Realme 8 5G with the MediaTek Dimensity 700 chipset last month, Realme is now aiming to launch another Dimensity-powered device in India next week. The Chinese company will launch its first Dimensity 1200 phone in the country, and as per official confirmation, it will be called the Realme X7 Max 5G.

Guys, be prepared to be swept by #FutureAtFullSpeed as we bring to you the #realmeX7Max5G with India’s First MediaTek Dimensity 1200 5G Processor.

As shown in the tweet, the Realme X7 Max 5G will be the first smartphone in India to feature the MediaTek Dimensity 1200 chipset. Realme launched the GT Neo with this chipset in China back in March 2021. And now, the company is looking to rebrand and launch this smartphone in India.

As per reports, the Relame X7 Max 5G will feature similar specs and features as the GT Neo that was launched in China. If that’s the case, X7 Max will sport a 6.43-inch Full HD+ AMOLED display with support for a 120Hz refresh rate. It will also feature the same punch-hole design and pack a 16MP selfie snapper at the front.

Speaking of the cameras, the Realme X7 Max 5G will come with a triple-camera setup at the rear with a primary 64MP sensor. Additionally, there will be an 8MP ultra-wide lens and a 2MP macro sensor on board.

Coming to the internals, you will find the MediaTek Dimensity 1200 chipset along with up to 12GB of RAM and up to 256GB of UFS 3.1 storage. There will also be a 4,500mAh battery inside with 50W fast charging support.

Furthermore, the Realme X7 Max 5G, as the name suggests, will be a 5G-ready device with dual SIM support. Plus, it will run the Realme UI 2.0 skin based on Android 11 out-of-the-box.