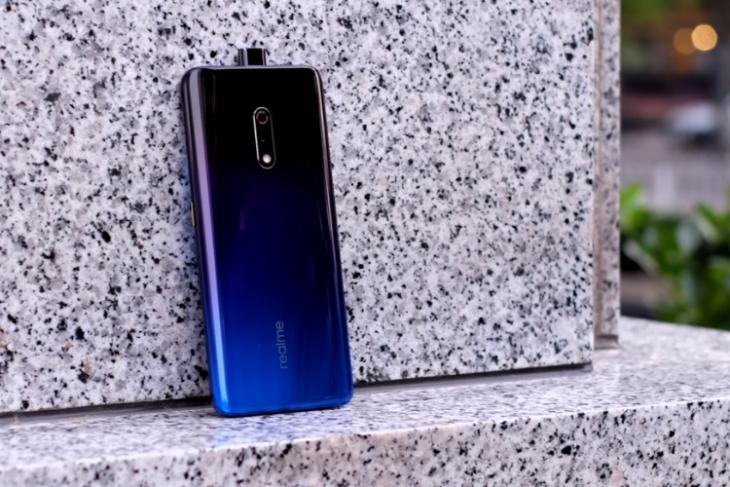 While we all await the launch of the Redmi K20 series in India, there’s another new smartphone launch happening this month that should have you excited. Well yeah, we’re talking about the Realme X (which was launched in China in May) that has been confirmed to be coming to India really soon.

In an official tweet, Realme CEO Madhav Sheth shared a teaser for the Realme X India launch. The poster includes an X symbol with the text ‘Realme X: Coming Soon’ to go along with it. Sheth already talked about some exciting new announcements coming our way and this sounds like the perfect fit for consumers. You can check out his tweet right here:

Get ready to experience the most practical premium smartphone. Say hi to #realmeX!
Good news for the design lovers we will have the onion and garlic design master editions.
RT to show your love. pic.twitter.com/EdGbLTxc6U

Well, if you’ve read the tweet closely, you would have learned that Realme will also be launching the unusual Onion and Garlic peel-inspired master edition variants of Realme X in India as well. I hope they call it Kanda and Adrak FTW! The special edition variants have been designed by Japanese industrial designer Naoto Fukasawa and his signature graces the rear panel of the device.

RT to win and be the first one to get your hands on before anyone else. #spideyXrealme pic.twitter.com/SskEoLzYQk

In addition, Realme has also discussed its partnership with the latest Spiderman movie, which begs us to speculate that the Chinese giant may launch the Spider-Man: Far From Home special edition Realme X in the country too. Madhav Sheth has already teased the Spiderman giftbox in a tweet over the weekend.

If you’re not aware of the Realme X, which seems like the best Realme phone to date, I think you read up on its specs and features right here. It has a huge bezel-less AMOLED display, a pop-up selfie camera, dual-cameras on the rear, and a likeable design. It comes with the Snapdragon 710 SoC in China but we expect the same to be upgraded to Snapdragon 730 SoC for India.

The Realme X will take on the Redmi K20 in under Rs 20,000 price segment and we sure cannot wait to see this dog fight unfold. The mid-range segment has a number of players but we’ve still seen Xiaomi’s Poco F1 dominate the market, so it would be interesting how consumers react to the launch of new Snapdragon 700-series phones in this segment. Do let us know your thoughts on the same in the comments below.