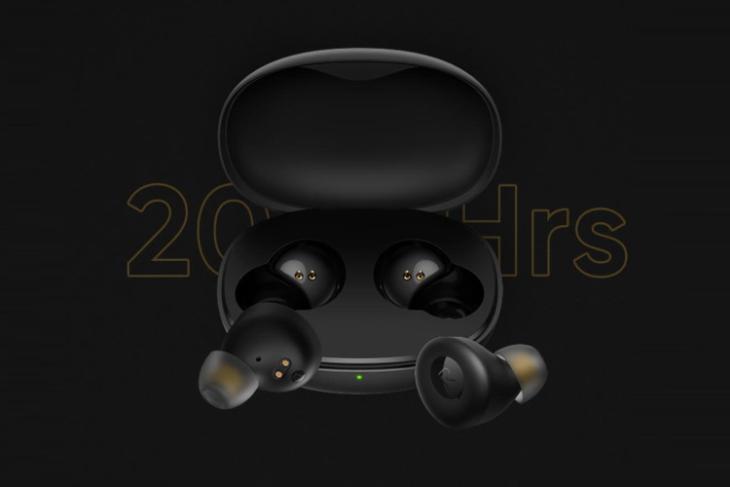 Realme is ready to introduce another pair of TWS earbuds in the Indian market next week. The Chinese giant just recently launched the Realme Buds Air Neo, a cheaper variant of its original Buds Air that was unveiled back in December last year. Now, alongside the Realme X3 series, Realme Buds Q will also make their India debut on June 25.

Realme Buds Q was first unveiled in China earlier last month with a very minimal in-ear design and rounded aesthetic as compared to the AirPods clones that are Realme Buds Air. The company officially teased its launch in the country on Twitter, as seen below. It also lists some of the key features of the Buds Q but we have discussed the same in detail below.

The company has set up a dedicated landing page for the Realme Buds Q and well, it confirms most of the specifications.

These truly wireless earbuds are designed by French designer José Lévy. Soft, round black pebbles are the design inspiration for Realme Buds Q, which does not have any straight lines and looks cute. The company boasts that it has baked the ‘largest bass driver in the segment’ (10mm Bass Boost driver) in these earbuds.

The earbuds are super lightweight and weigh just 3.6 grams each. The charging case, with the earbuds inside, weighs 35.3 grams. The earbuds support ‘super low latency mode’ that brings the wireless latency down to 119ms and touch controls to control music playback.

The earbuds carry an IPX4 certification, so using them at the gym should be no problem. Realme promises a total of 20 hours of battery life, with the earbuds offering 4.5 hours of continuous playback on a single charge.

Realme Buds Q will launch in three colorways, namely Quite Black, Quite White, and Quite Yellow. It will compete directly against the Redmi Earbuds S that was launched around a month ago in India.