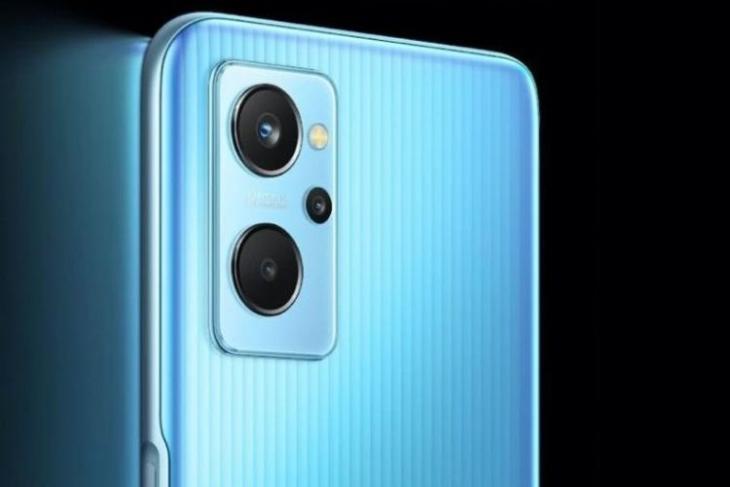 Realme will soon launch the Realme 9i (a part of the Realme 9 series), which has been rumored to arrive for some time now. And the latest information reveals the launch date of the smartphone, which is most likely set for January 10. Here are the details.

It has been revealed that the Realme 9i will launch in Vietnam first, followed by a launch in other markets, including India. However, there’s no word on when it will happen. The company has started sharing teasers for the device on its official Facebook account. Courtesy of tipster Abhishek Yadav, an official-looking render for the Realme 9i has also showed up online, which hints at the phone’s design and more details, besides revealing the launch date.

As per the teaser image, the smartphone will come with a Realme GT Neo 2-like design and feature a rectangular rear camera bump with two big camera housings, a small camera housing, and an LED flash. The back panel is expected to have vertical stripes, and we can also expect a side-mounted fingerprint scanner. The front could get a punch-hole screen.

As for the specs, it is suggested that the Realme 9i will be powered by a Qualcomm Snapdragon 680 chipset, which was unveiled last year. It could feature an LCD display with a Full HD+ screen resolution and a 90Hz refresh rate. It is also likely to house a 50MP main camera at the back. Other cameras could be an ultra-wide one and a macro one.

It is also likely to come with a 4,500mAh battery with support for 33W fast charging and run Realme UI 2.0 based on Android 11. A 3.5mm audio jack and a USB Type-C port will also be included.

However, we lack concrete details and will have to wait for an official word from Realme to get a conclusive idea. Plus, it remains to be seen when the company plans to launch other expected Realme 9 phones (currently rumored for February 2022). So stay tuned for more details.

Realme 9i with Snapdragon 680 Launched in India; Check Out the Details Here!

Realme 9i With Snapdragon 680 and 50MP Cameras Officially Launched

Realme 9i Design and Specs Surface Online; Here Are the Details!